This worked very well indeed - get in touch if you need a sensor that triggers audio quickly and reliably!

This was a prototype for an artist who wanted to create a musical staircase in the Royal Academy of Arts, London.

Check out the video to see how quick the beam reacts! The beam works up to 5m. 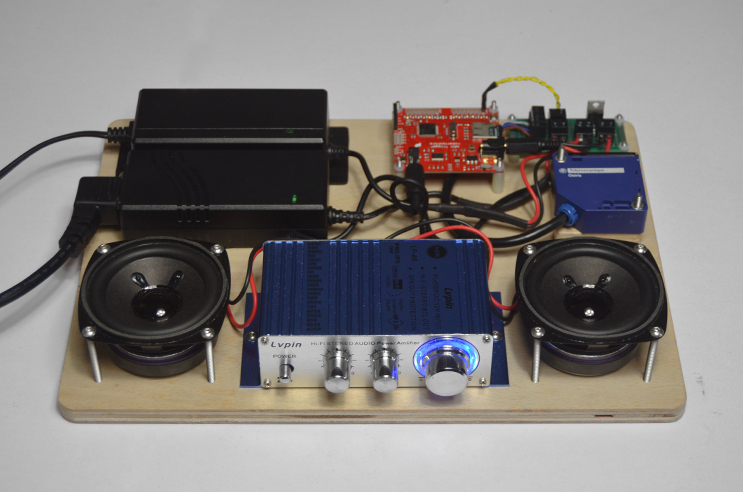 In an industrial situation, how can the presence of shiny objects be detected? What if your sensor is set up in a factory that makes mirrors and polished chrome objects?

This sensor emits an infra red beam, but sends it via a polarising filter, causing the light to only oscillate in one axis. The reflector consists of little groups of three mirrors, essentially corners of cubes. This geometry means that the reflector rotates the polarised light waves through 90&deg.

The receiver on the sensor also has a polarised filter, but fitted at 90° to the transmitter's filter. This means the sensor only responds to light in the correct orientation, that it has sent itself. 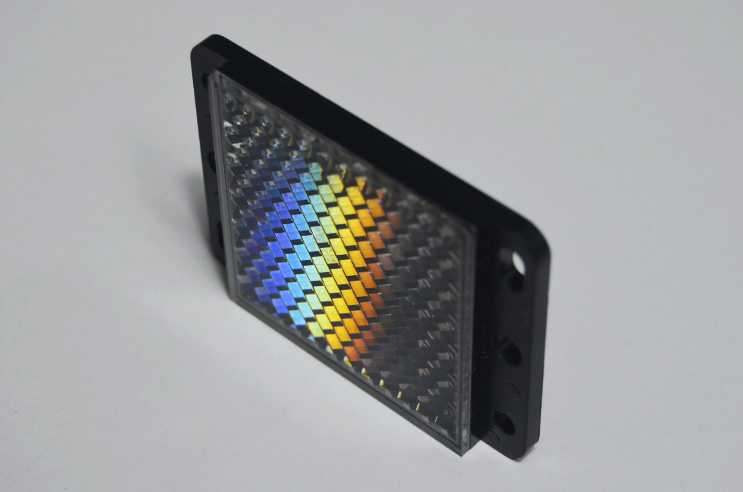 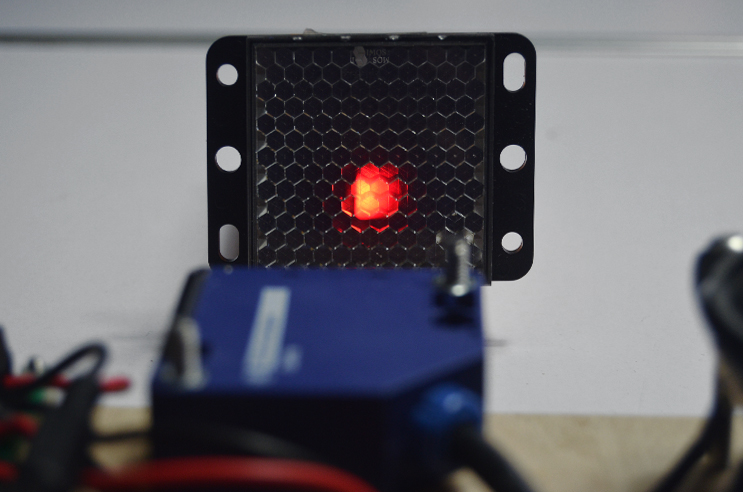 Big thanks to Derek Williams from the Science Gallery Dublin for telling me about these sensors.