Brian the penguin has various percussive items incorporated into his body, which can be triggered by placing bolts around the circumference of 8 rotating wheels.

Each wheel has 42 holes, allowing various patterns and time signatures to be used. The bolts pass a series of rockers which activate pivoting drum sticks via cables.

Brian made a dramatic debut at the Royal Festival Hall 2010 Ether Festival, alongside the audio cars and other exibits. 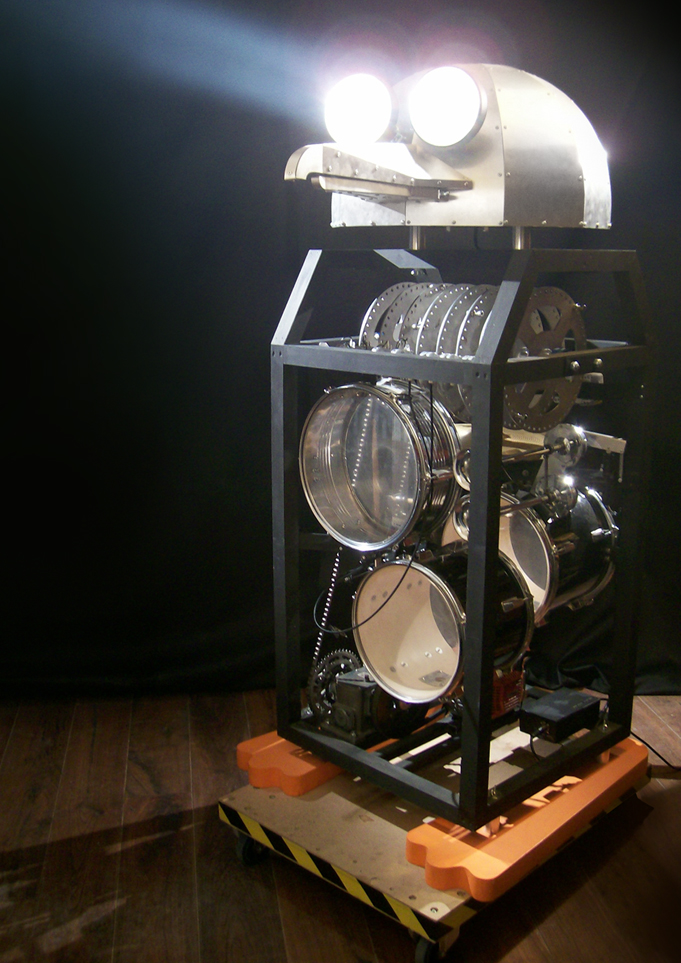