These photos are from June 2015, for a project that didn't progress beyond the research phase. A group of five of us were paid to spend a couple of weeks filming tests, with a view to potentially creating a cymatics themed advert.

Although some spectacular footage was created, the client chose a different path for the advert in the end.

Ernst Florens Friedrich Chladni was a German physicist and musician who conducted research on acoustics. His experiments included bowing the edge of metal plates to cause them to vibrate. Adding particles to the plates allowed the nodal patterns to be observed.

Rather than a bow, we used oscillators and speakers to excite the plates at different frequencies.

The first prototype used a custom PCB left over from the resonating bell plate project. 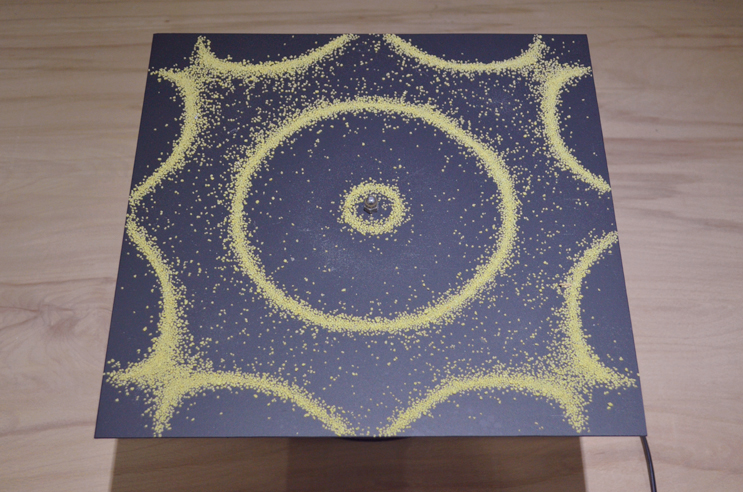 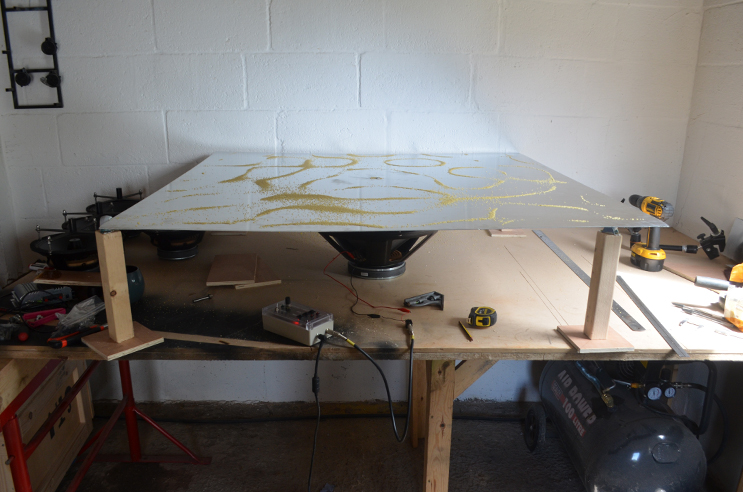 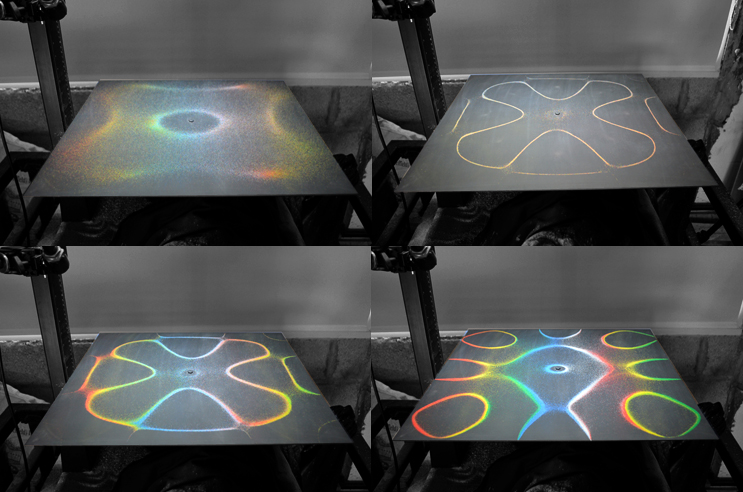 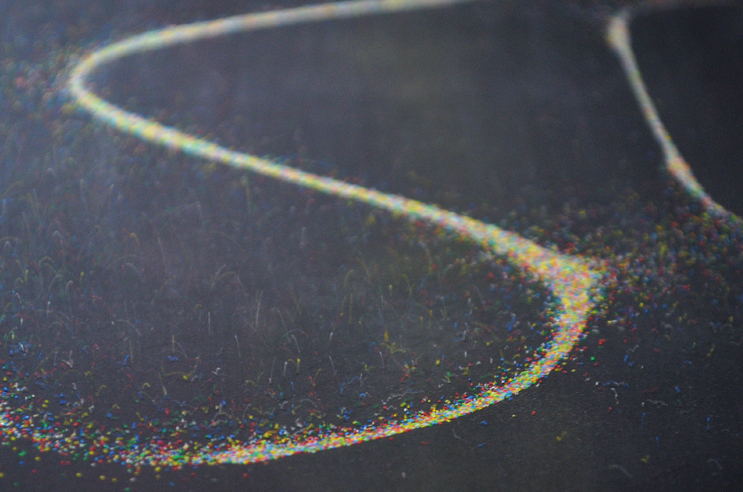 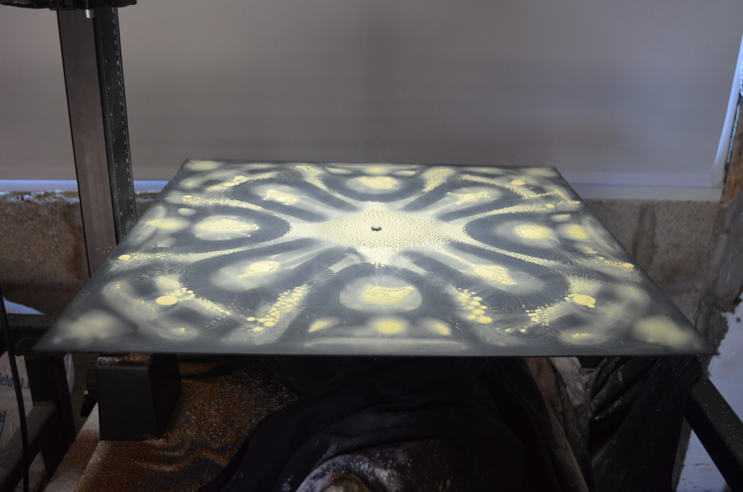 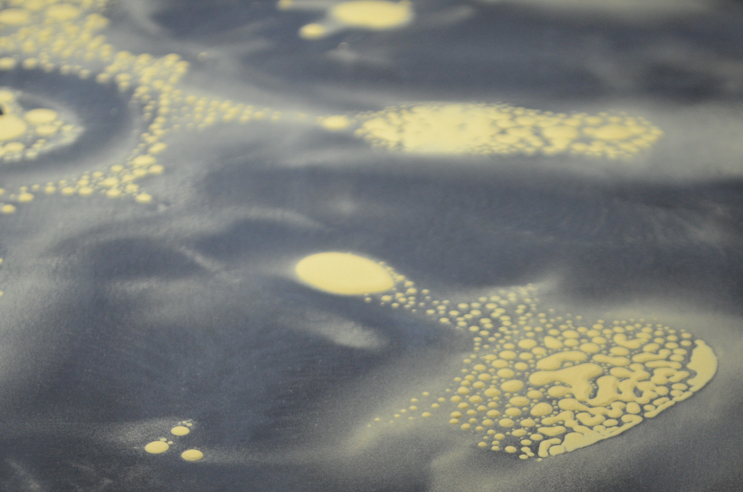 More sand, stolen from a beach in Wales. The client was keen to look into methods of scaling things up, but the larger Chladni plates weren't as effective. 300 or 400mm aluminium squares worked the best. 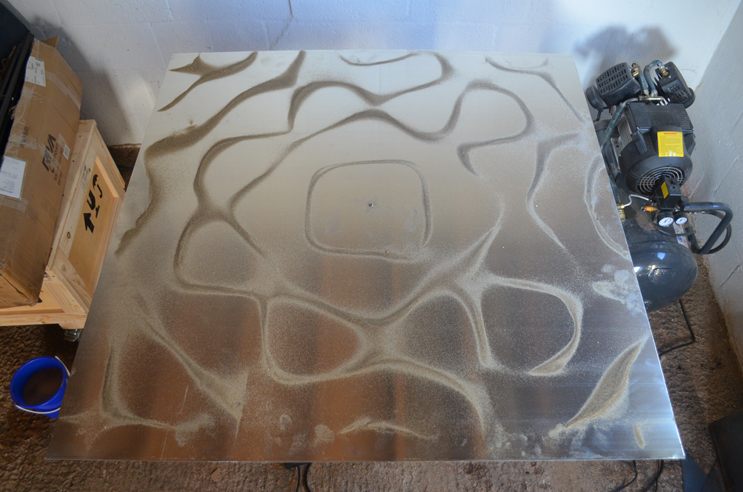 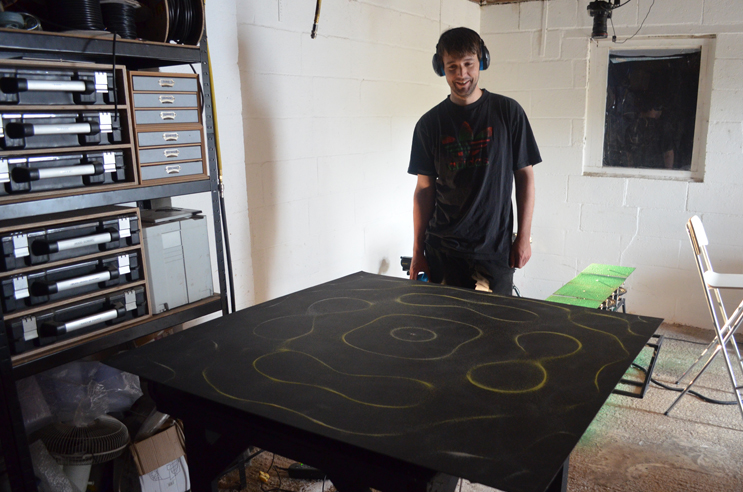 Some of the powders / particles tested... 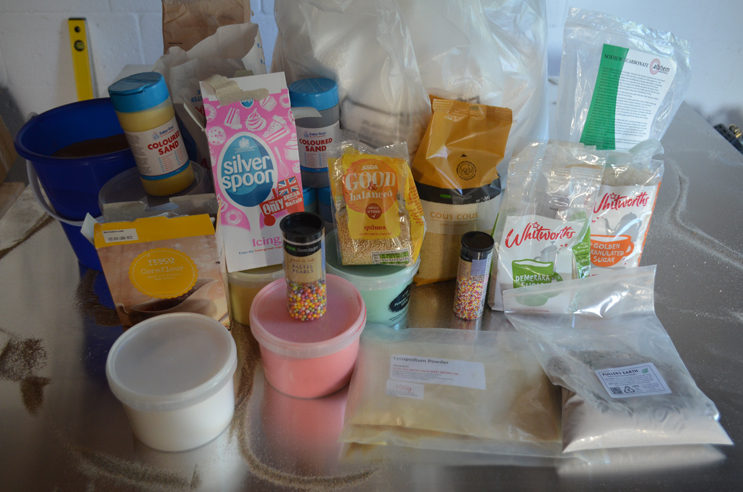 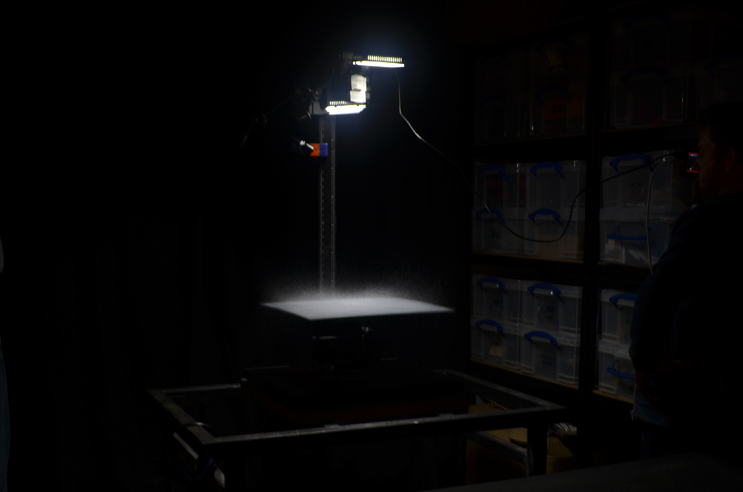 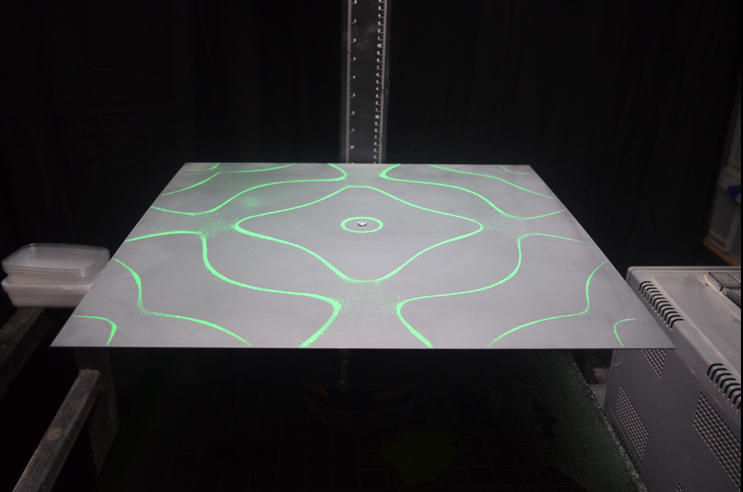 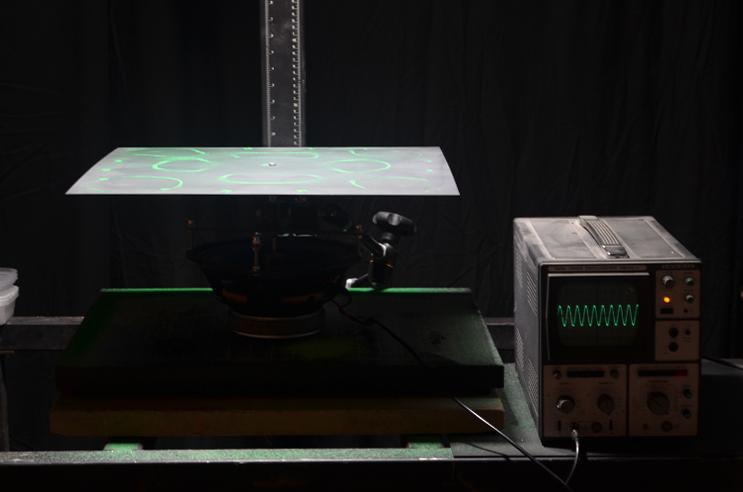 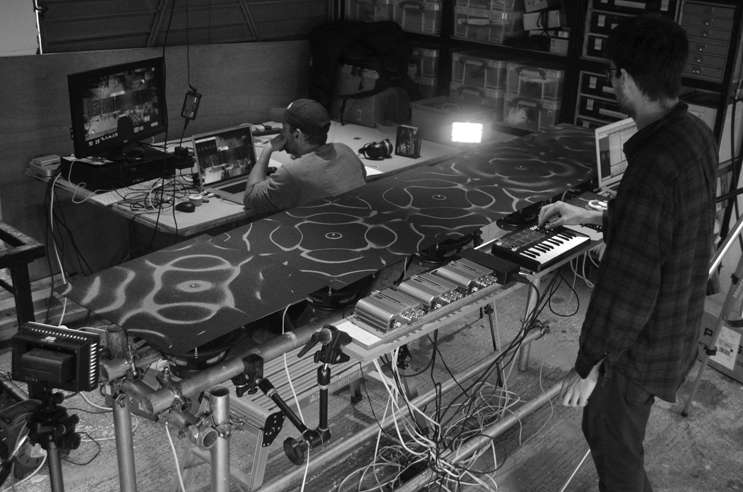 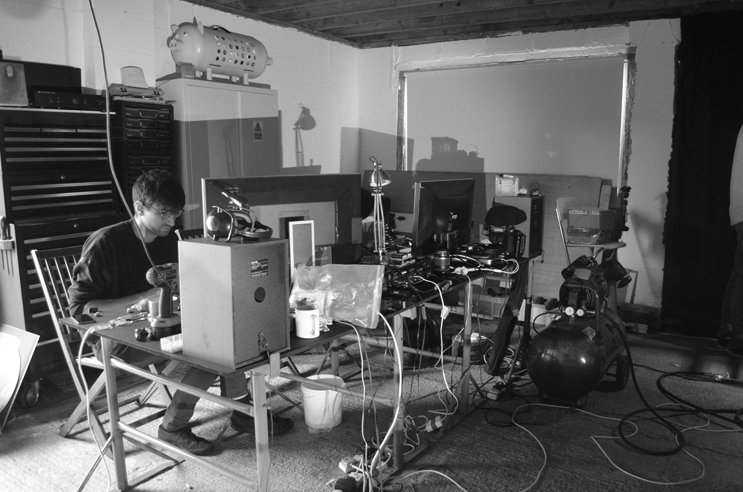 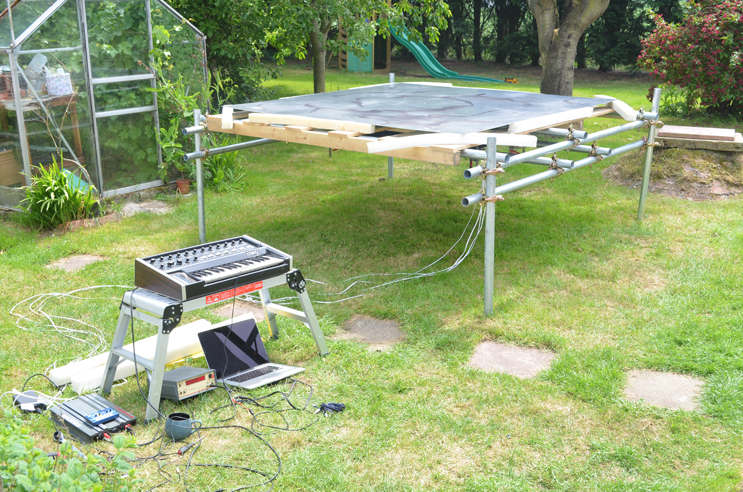 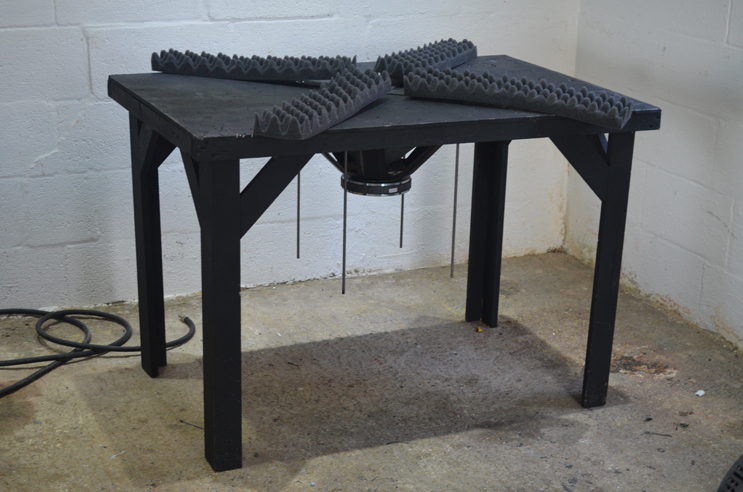 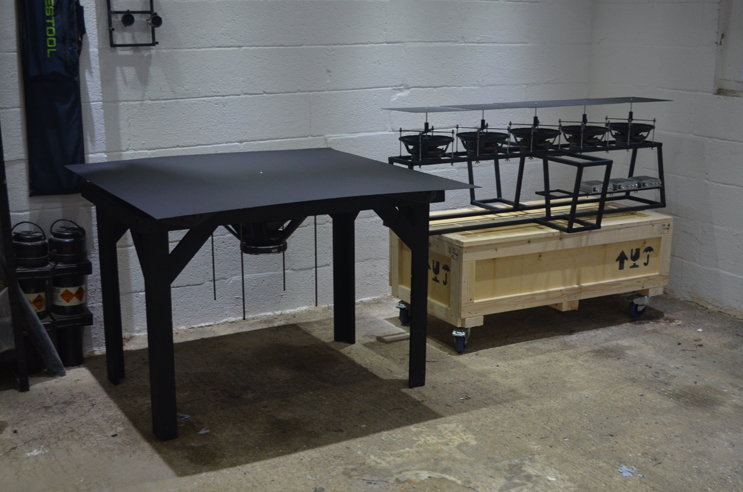 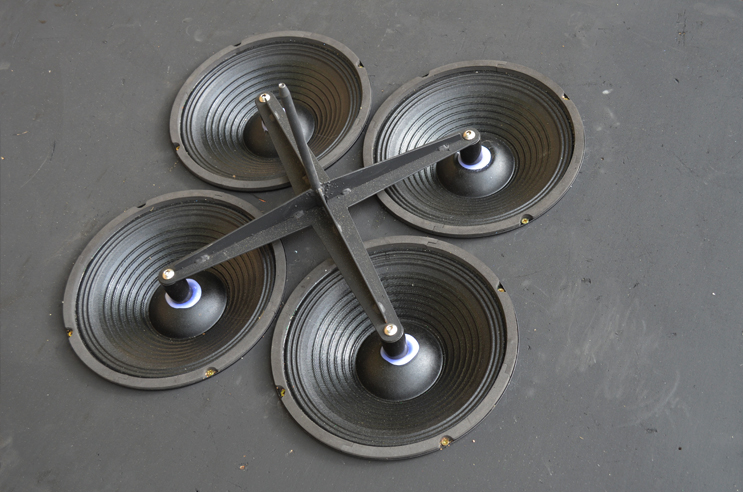 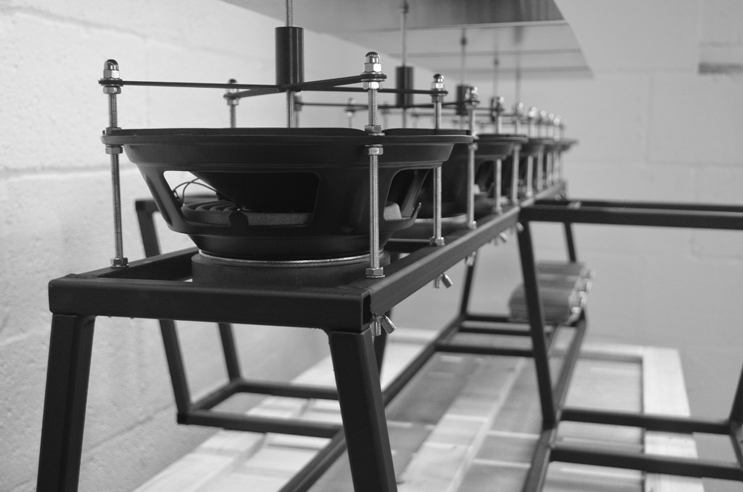 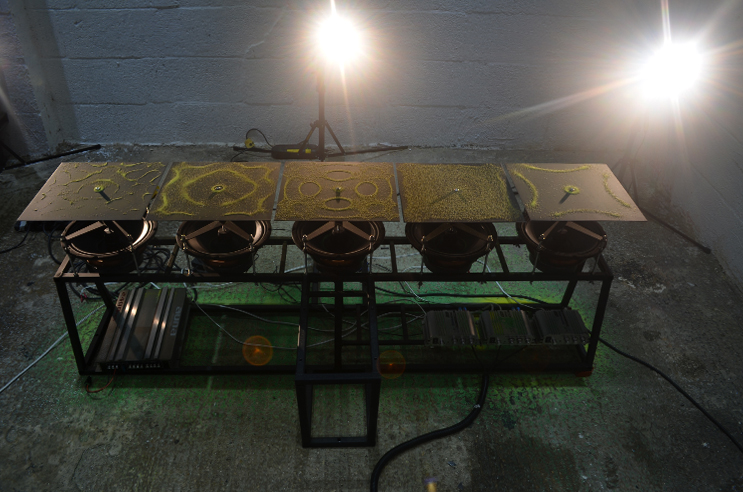 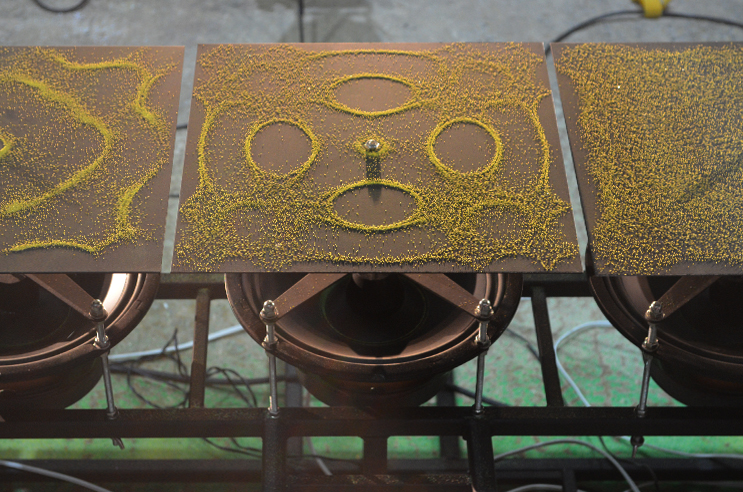 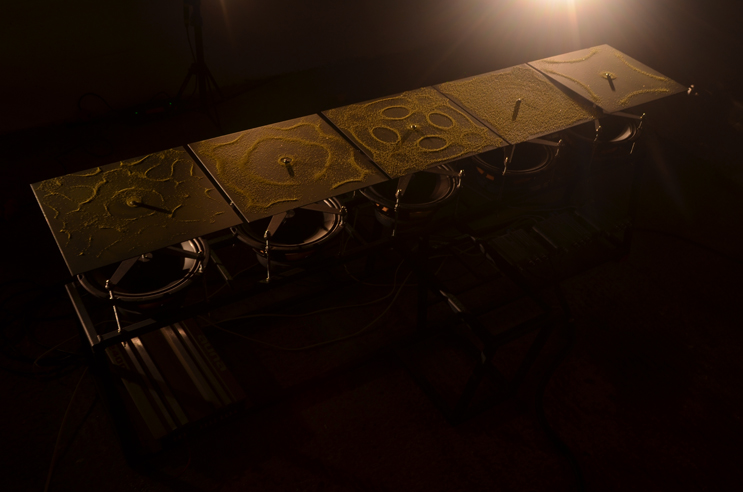 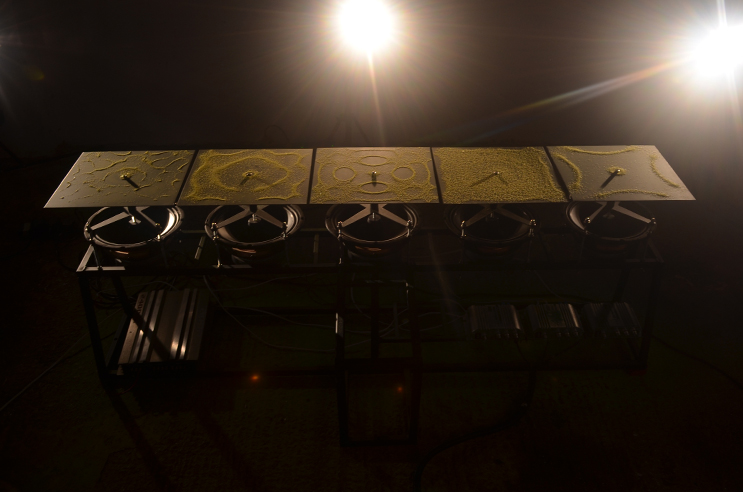 The rigs make a lot of noise.

It would be good to find a way of re-circulating the particles, as they gradually drift off the edge of the plate.