The crow was based around a steel frame, which had support a fair amount of weight 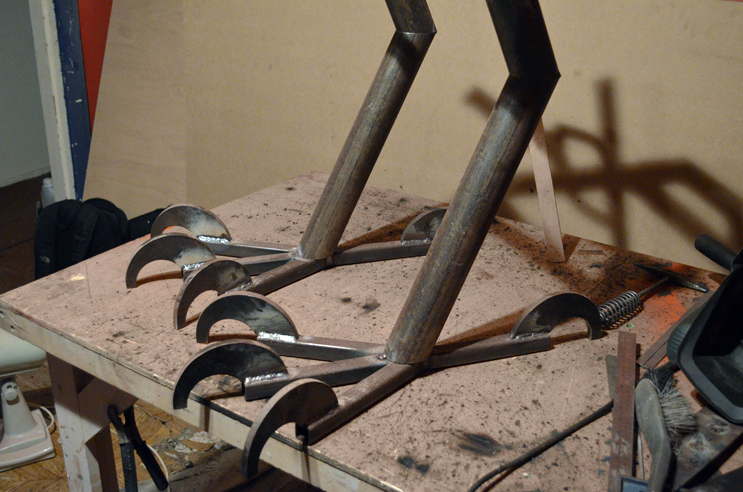 The final height was around 2.5m, nearly 3.5m after lifting onto the plinth 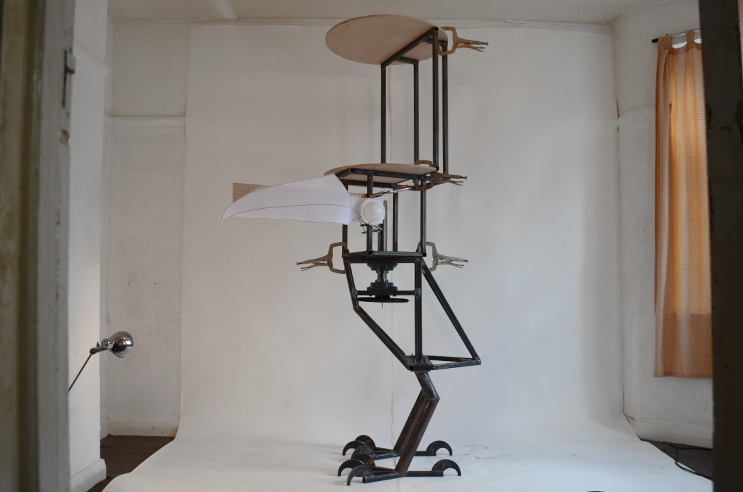 A hefty 5Kg 60V stepper motor rotated the head via 3/8 inch pitch sprockets and chain. Using a stepper motor meant the speed could be ramped up and then down as the head rotated, making the movement smoother. 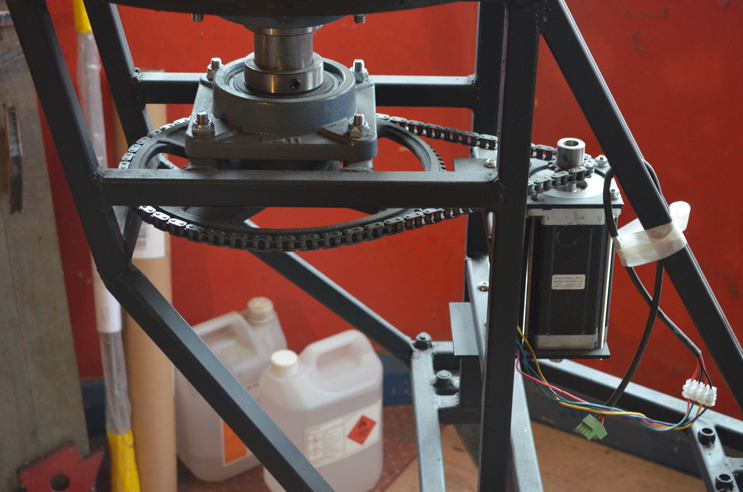 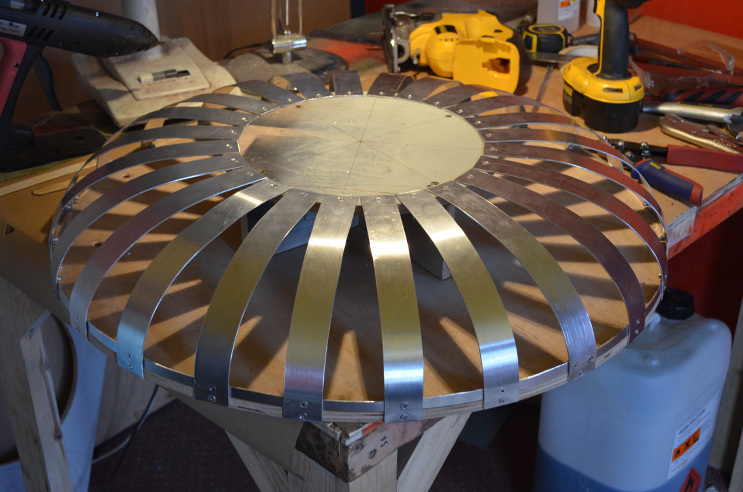 The aluminium strips were riveted, then covered in a layer of fibreglass 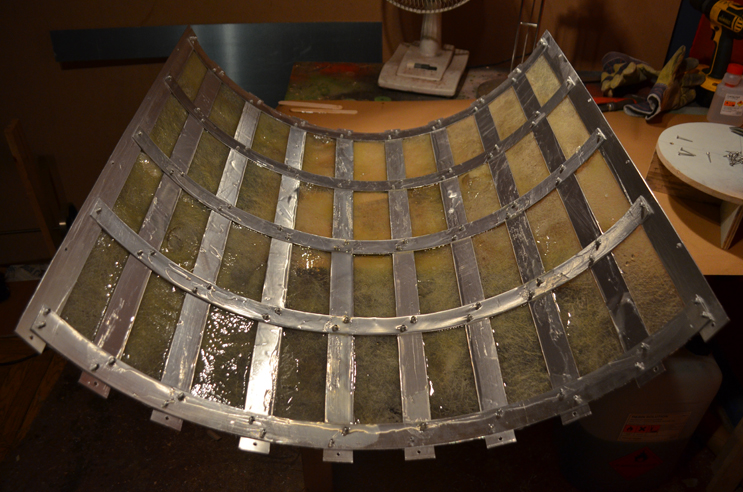 Up until August 2014 I had been working in a building in my local cemetery. Tower Hamlets Cemetery Park has 31 acres of beautiful wildlife in the middle of East London, and I was lucky to have the use of a building overlooking a corner of this for most of the year. During the construction of the crow, however, I moved house to a place with a workshop about 20 seconds commute from the front door. It needs a little work...

...but the surrounding garden is already magical 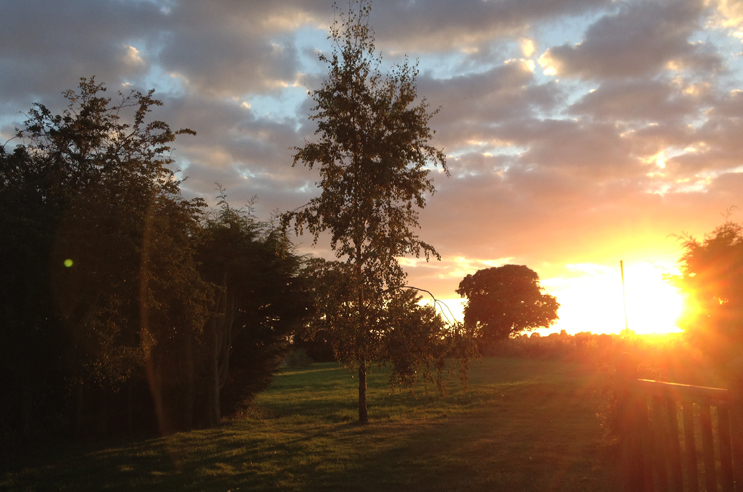 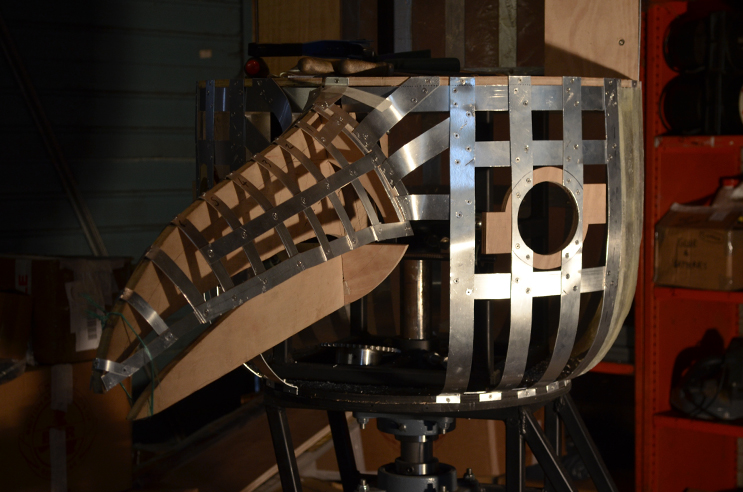 The beak was covered in filler, and then sculpted in a rather inelegant way, using an angle grinder 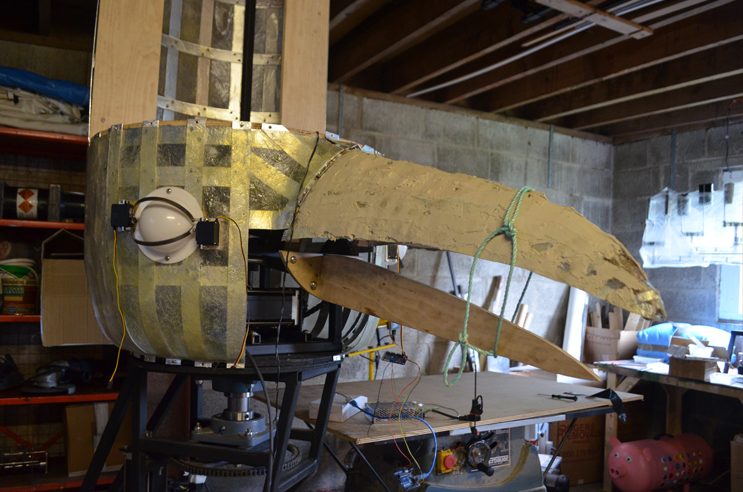 A second stepper motor was mounted in the head, to operate the beak 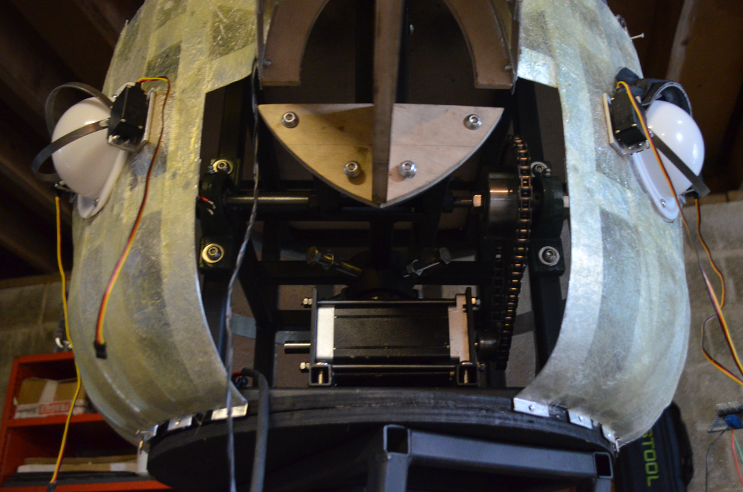 Here is the bracket that operated the lower section of the beak. The beak had a counterbalance inside the head to reduce the work needed by the motor. The vise grips were later replaced by a lump of steel bar. 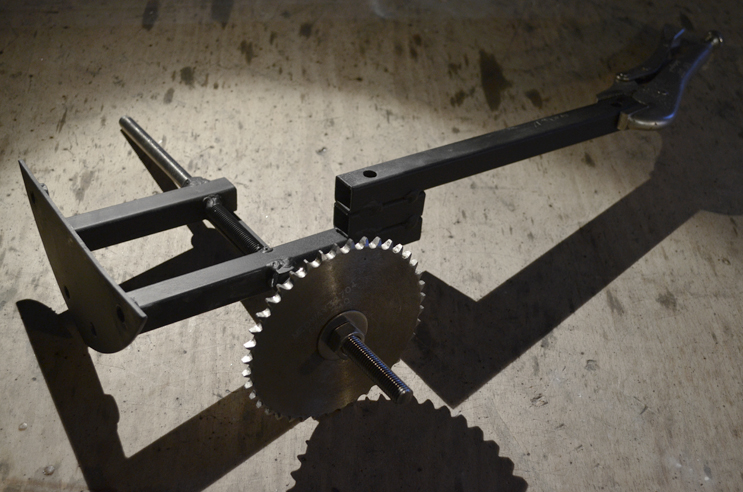 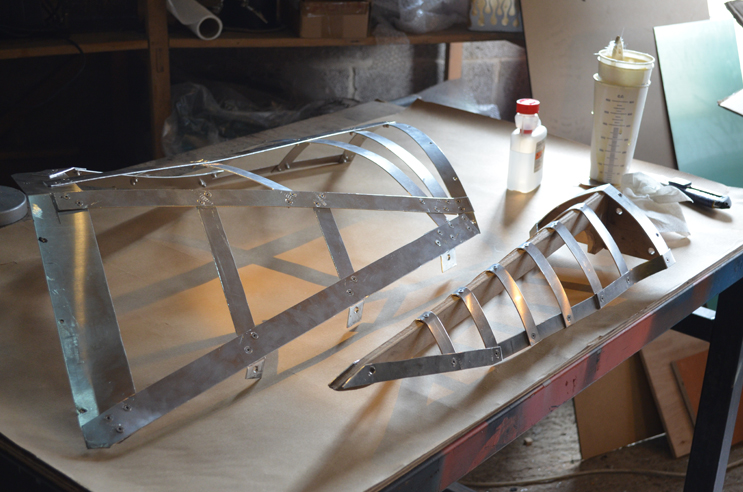 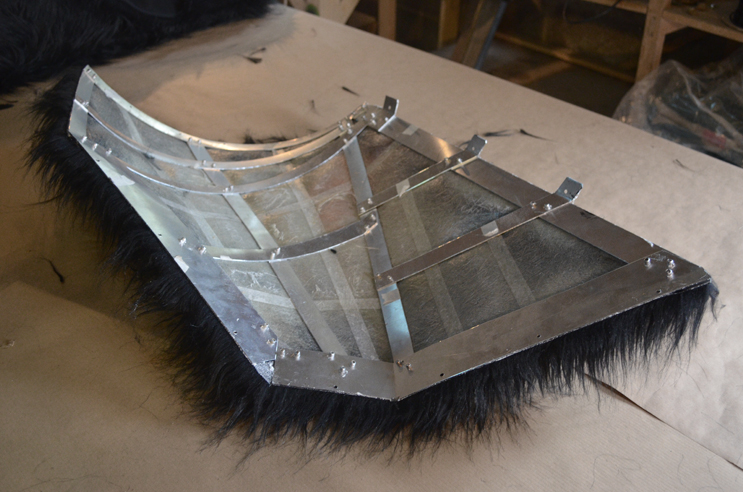 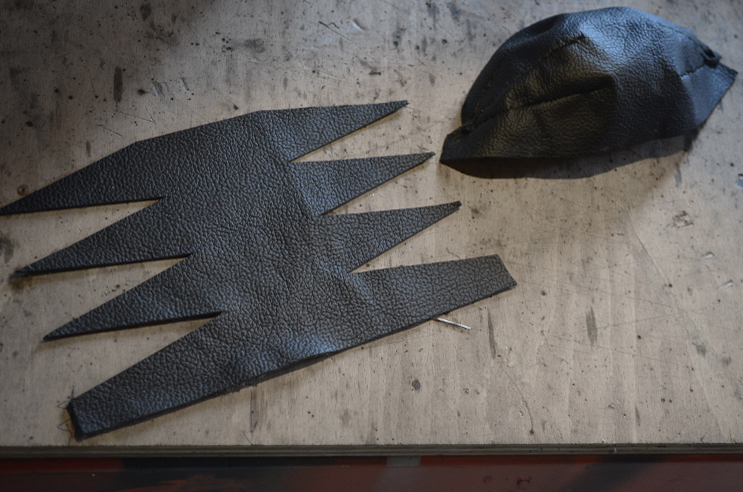 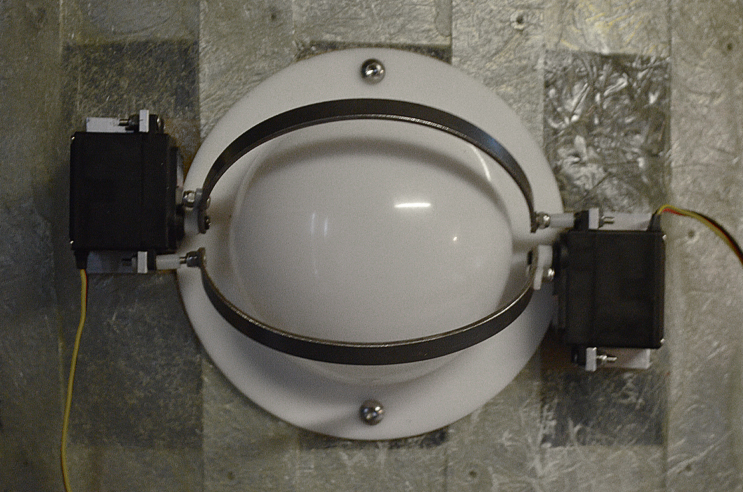 100mm opal acrylic hemispheres with flange to create the eyeballs 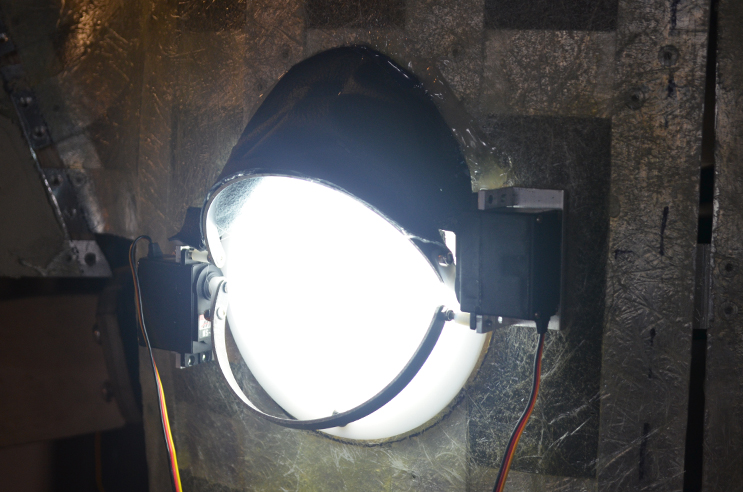 Lots of ultrabright LEDs inside the eyes, with a big heat sink to keep them cool 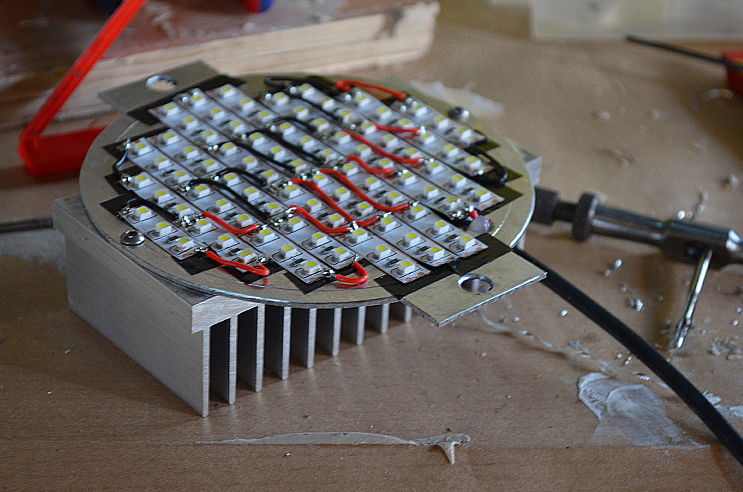 Panels waiting for their fur 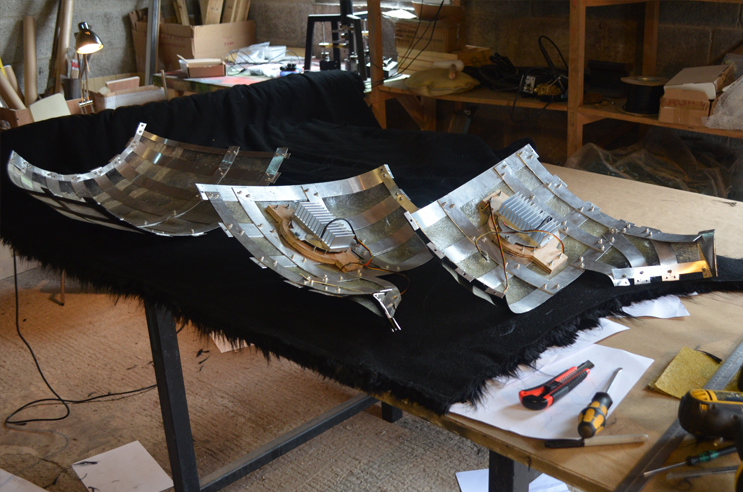 Some flywheel castings, machined and painted as part of the head details 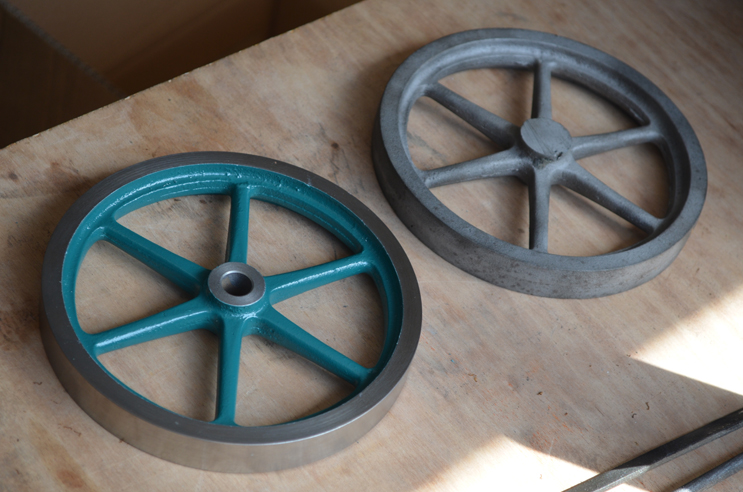 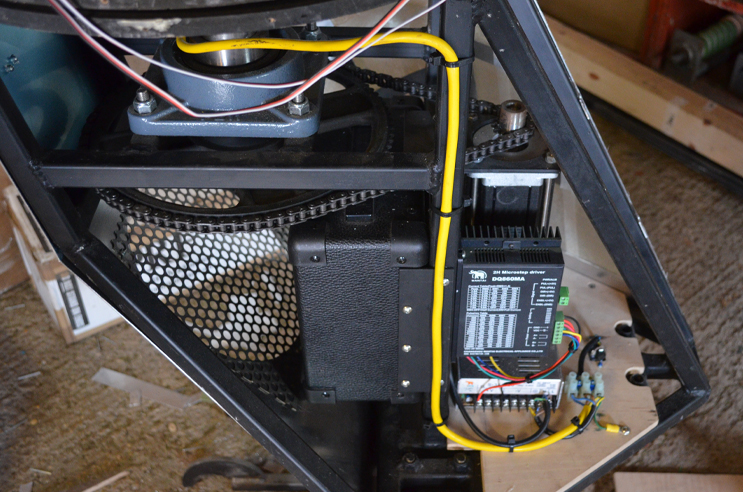 Another detail for the inside of the head. I really didn't have time to develop this as much as I wanted to. I originally imagined it as a series of well-oiled and carefully engineered mechanisms whirring away, but the deadline was looming. The sculpture had to be delivered two weeks from when I moved house, i.e. two weeks from the photo before the 'sunset' one above. That meant spending every waking minute working on the crow, battling through a precise "to do" list in an exact order of prioritised tasks.

As a result of the tight schedule, the area inside the crow's head ended up looking more like a prop from Charlie and the Chocolate Factory than the gleaming oiled engine I had in mind. It's all removable, however, and I hope to revisit this area at some point. I'm totally happy with the rest of the crow - particularly the ease with which he rotates his big heavy head. 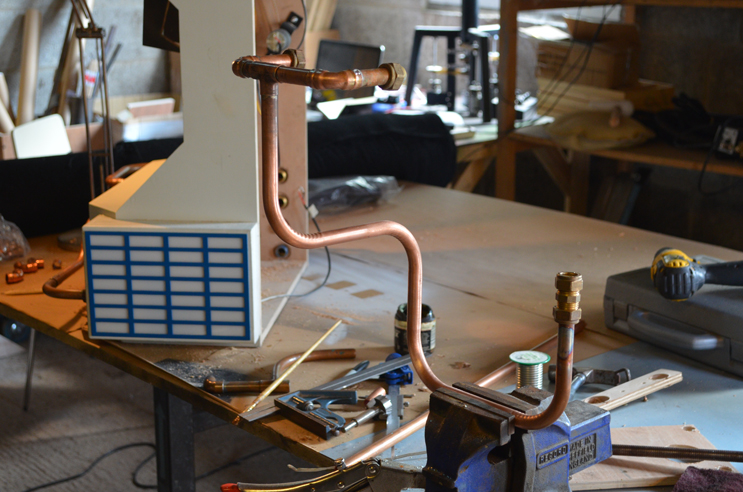 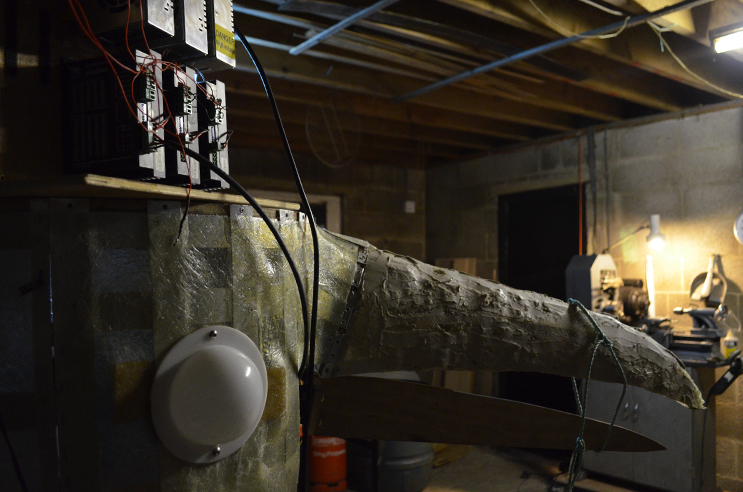 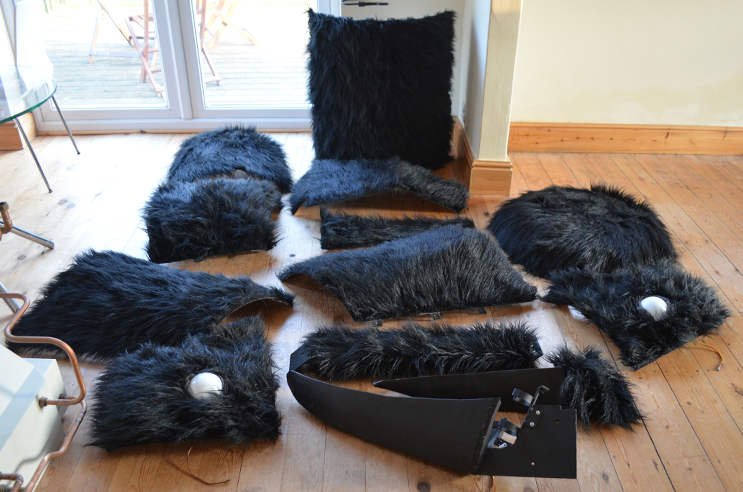 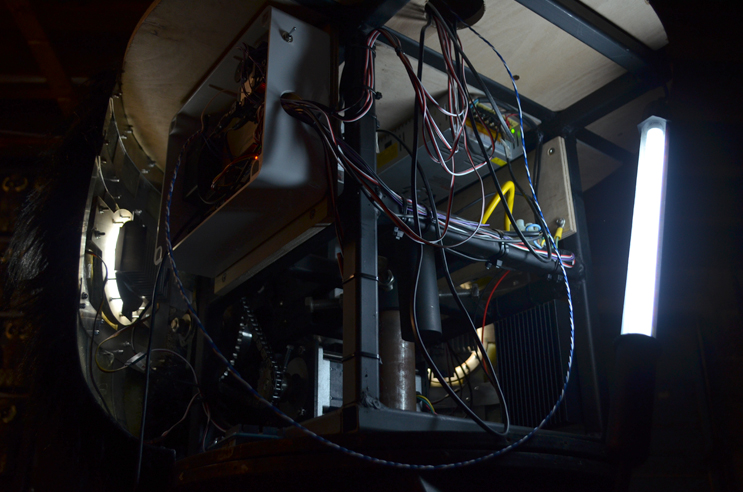 The Wave shield contained a processed crow cawing sound, and 20 samples from the shipping forecast. Behaviour routines were divided into blocks (e.g. turn head clockwise, blink, open beak etc), and then set to be activated at random times, but with a certain probability of happening. For example, a number could be chosen randomly from 0 to 99, with 0 to 79 set to play a cawing sound, and 80 to 99 set to play a specific shipping forecast sample. 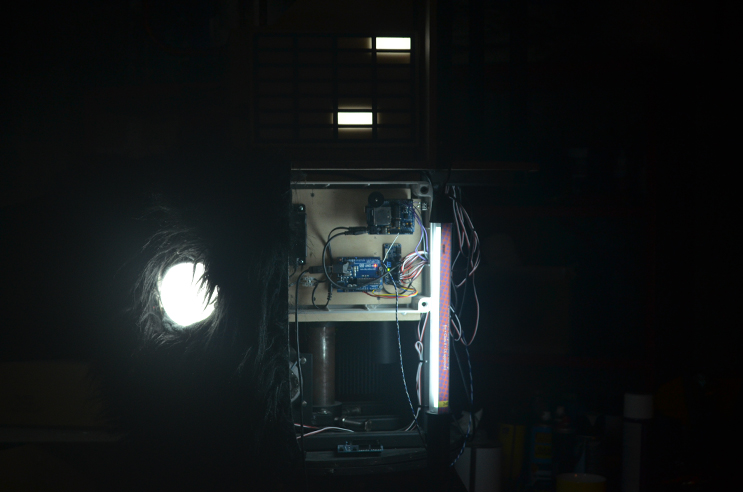 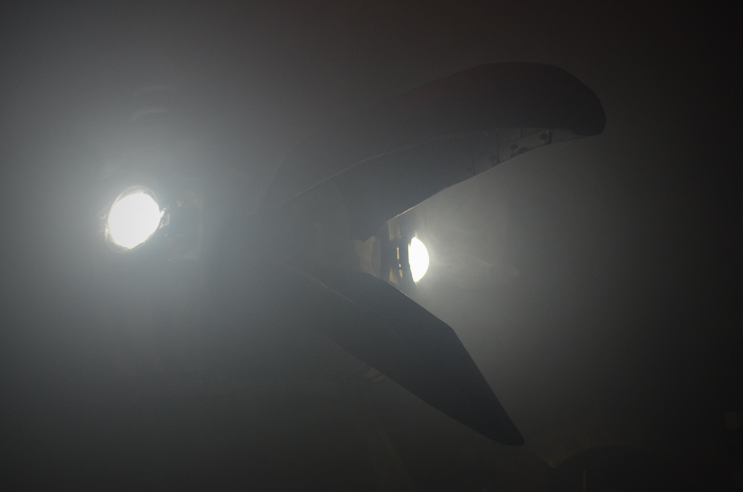 May as well add some lasers... 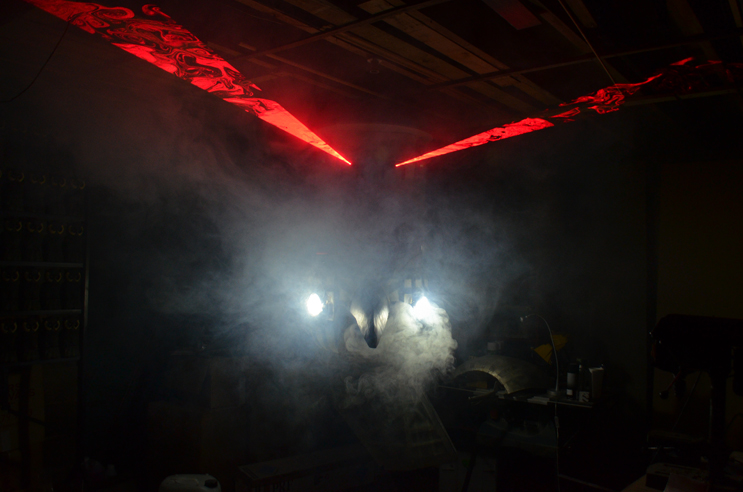 Installing overnight at The Book Club 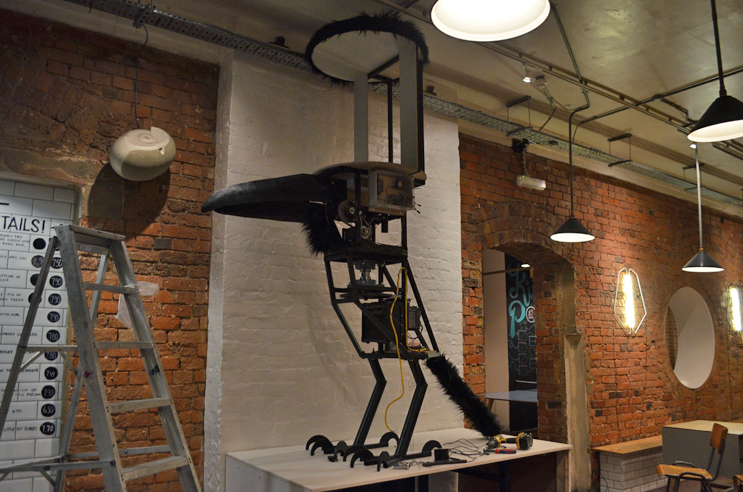 A fan, at the party night 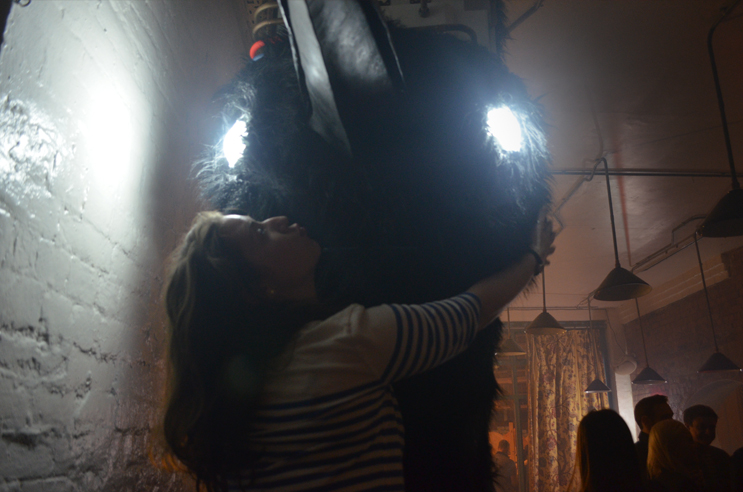 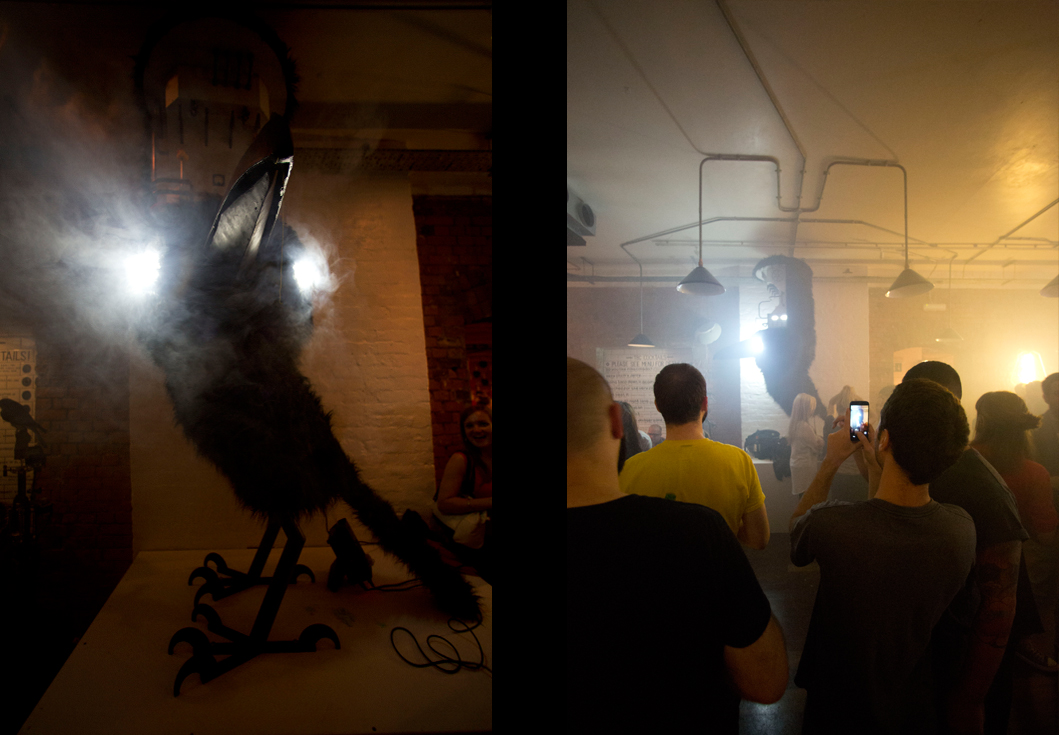 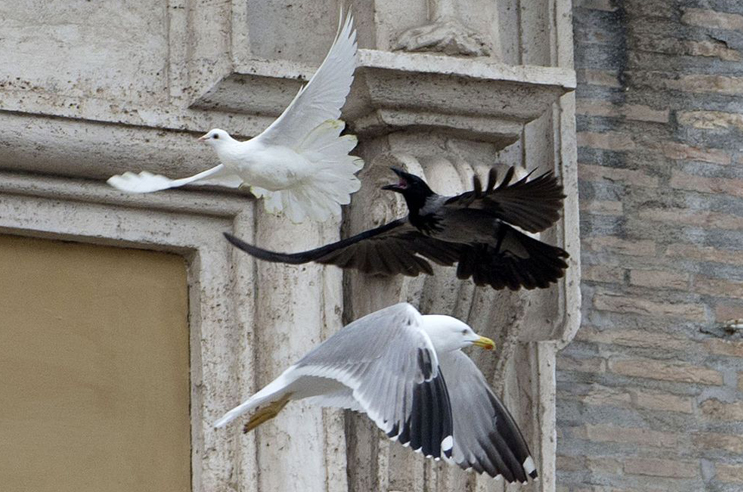 Back to the main crow page