These were made for a promotion for Heineken, to be toured around bars in Ireland.

The portable speaker systems had VU meter style lights, and a bottle opening sound when a beer was lifted out of the top crate. A custom audio mixer accepted signals from the other interactive items.

The agency, Guns or Knives, from Dublin, got in touch after seeing the Ore-some Xylophone. 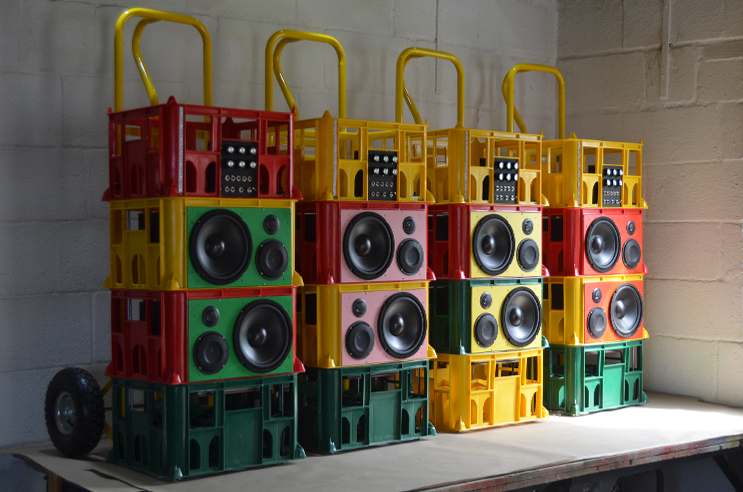 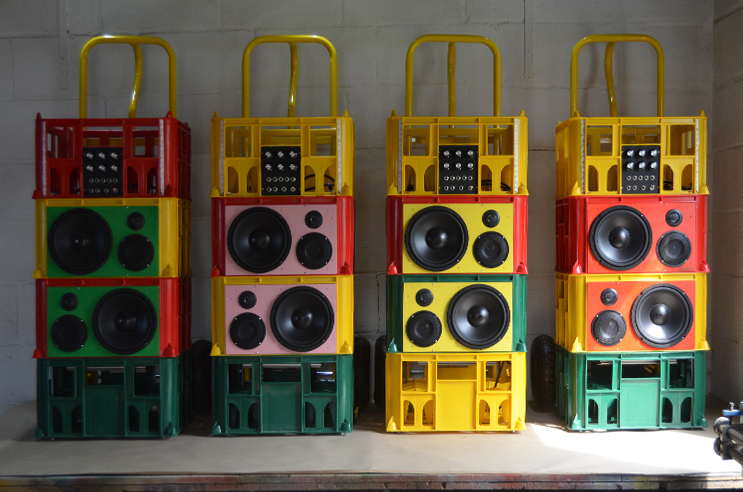 These posters had special areas that you could touch to make music. The 12 interactive areas were made of machined brass sheet, painted black, with wires soldered to the rear. The wires passed through a 6mm plywood backing, to a control board with a mini jack output.

Get in touch if you would like to make some musical posters! They can store any audio you'd like. 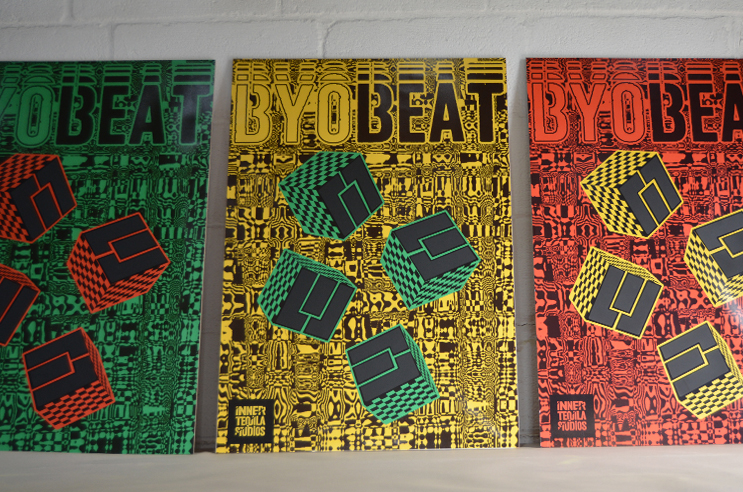 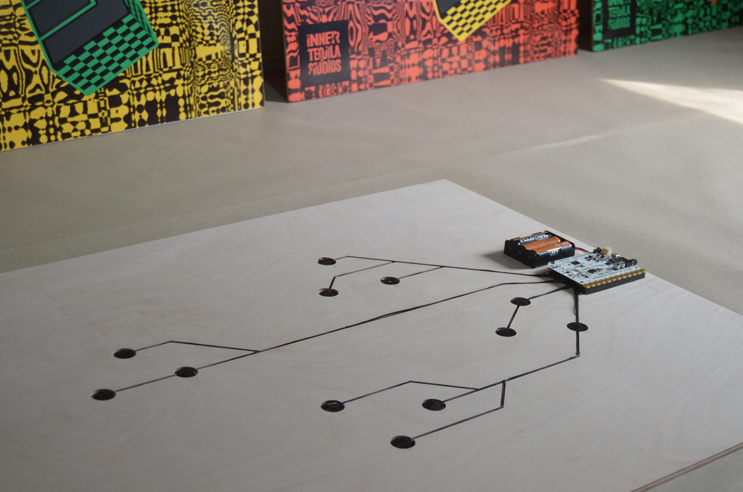 The 8 bar stools had three built in percussive sounds, playable via the three aluminium touch panels. 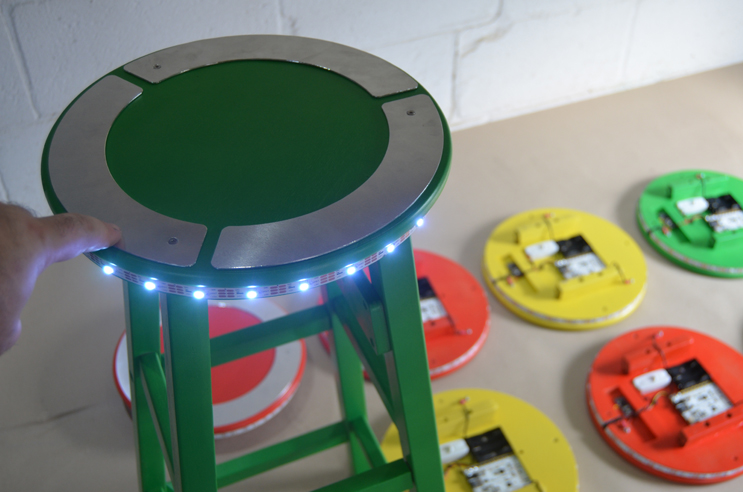 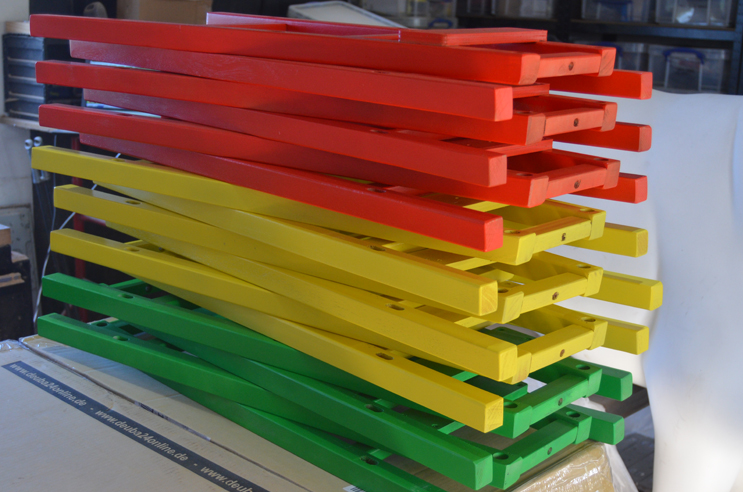 Four tables, each with six playable touch panels, and a number of animated LED routines that responded to the activity of the user. 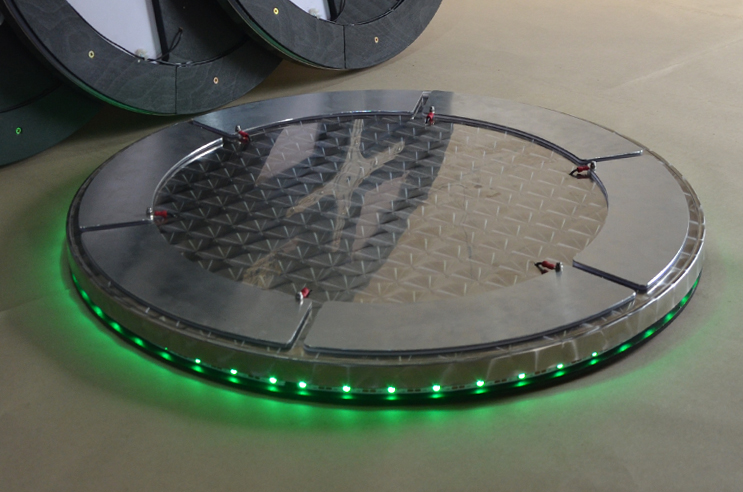 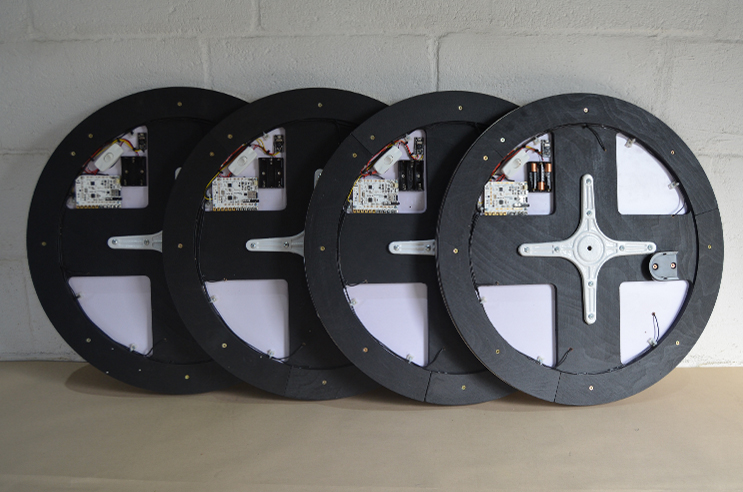