This project was commissioned by Faz Elektrik, a specialist motor manufacturer based in Turkey. A new range of actuators were due to be unveiled at a trade show, and I was asked to build something that would catch the attention of visitors.

A programmable matrix of 49 gracefully moving ducks seemed a nice solution, and happily everyone else agreed.

This was a fantastic commission - I had a lot of fun making it, particularly watching the ducks move in patterns for the first time. 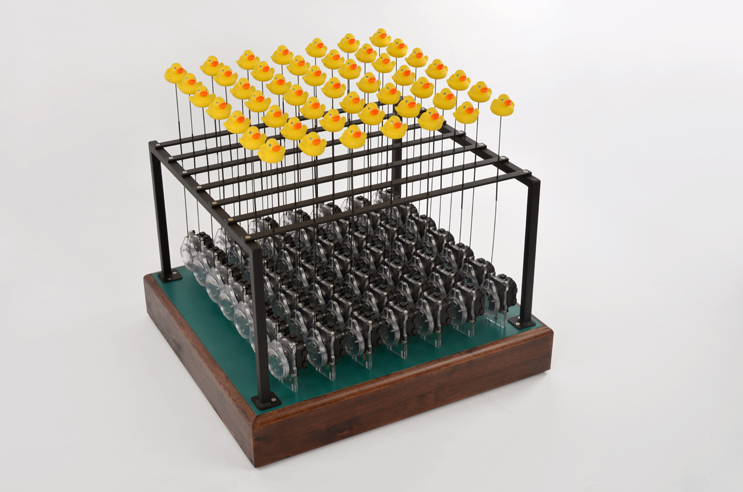 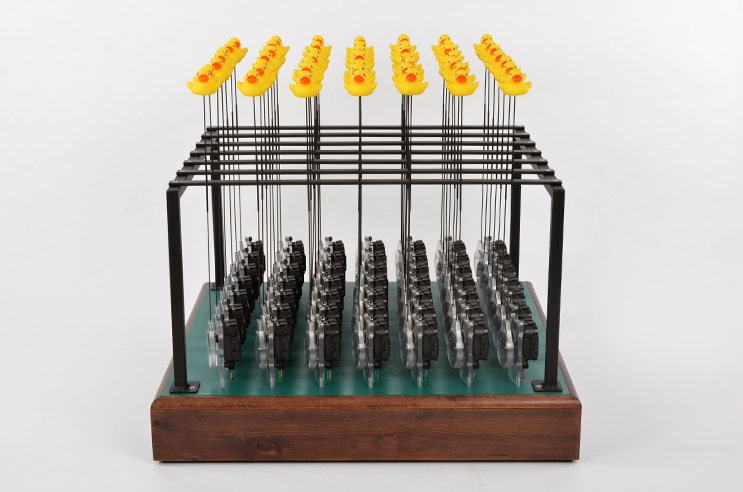 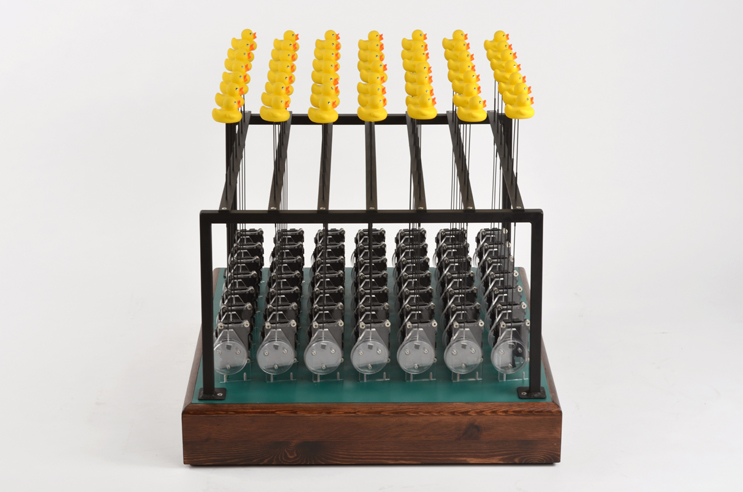 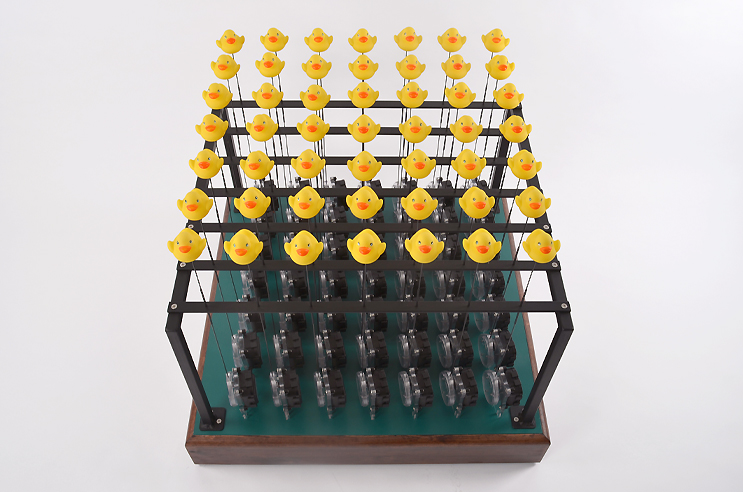 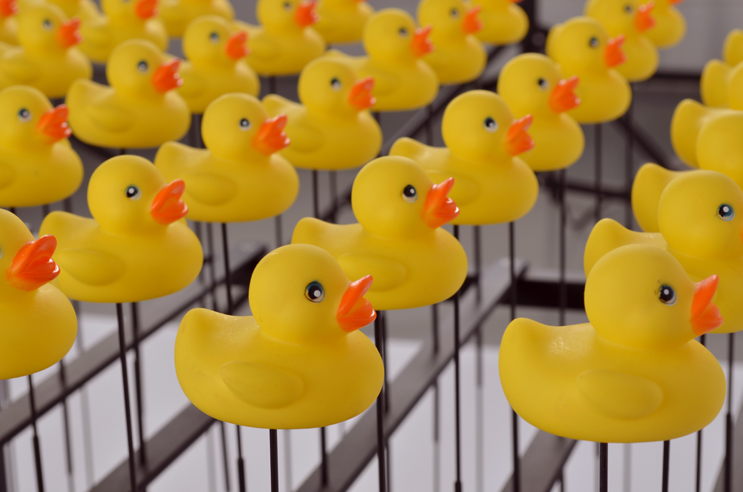 The actuators have a square shaft that can rotate 180° before reaching a stop. Each shaft drives an eccentric sheave (circular cam), which is encapsulated by a pear-shaped collar. The collars have a 2mm fibreglass rod fixed into the top, which pass through a guiding tube held above, then connect to the base of a duck.

To keep the mechanism as simple as possible, the flexible nature of the rod was used instead of an additional linkage. Every step that could be simplified meant 49 less parts to make, and increased the reliability of the mechanism, as the machine had to withstand a great deal of constant use. 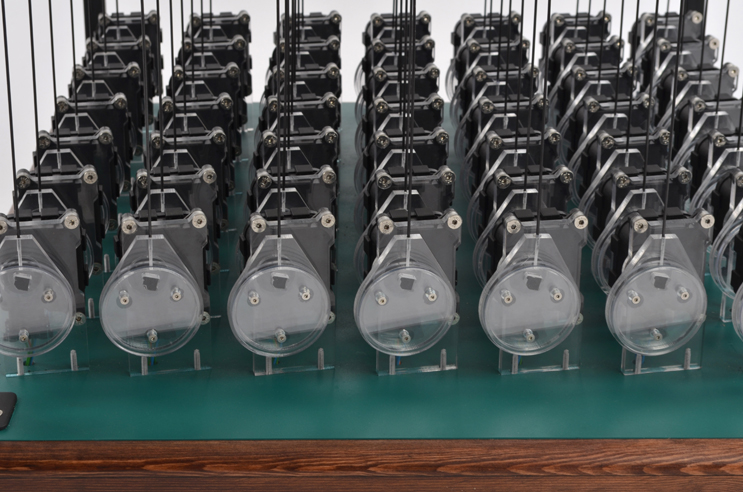 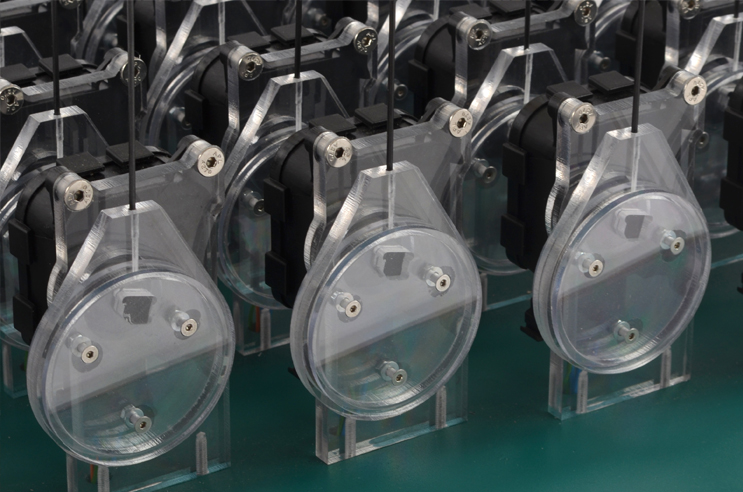 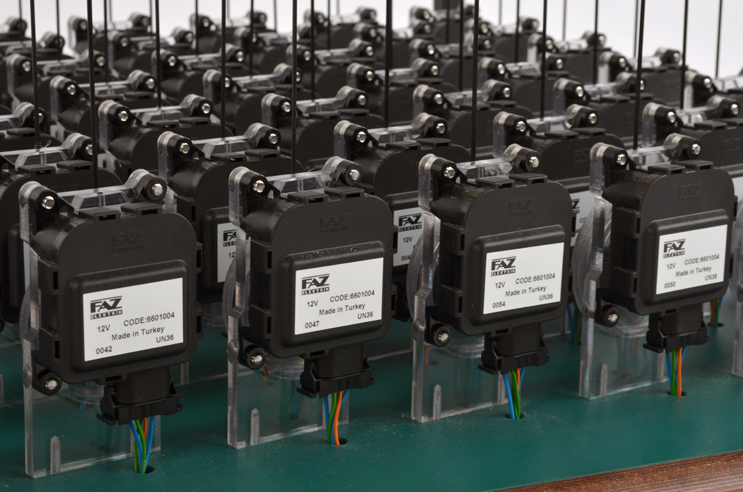 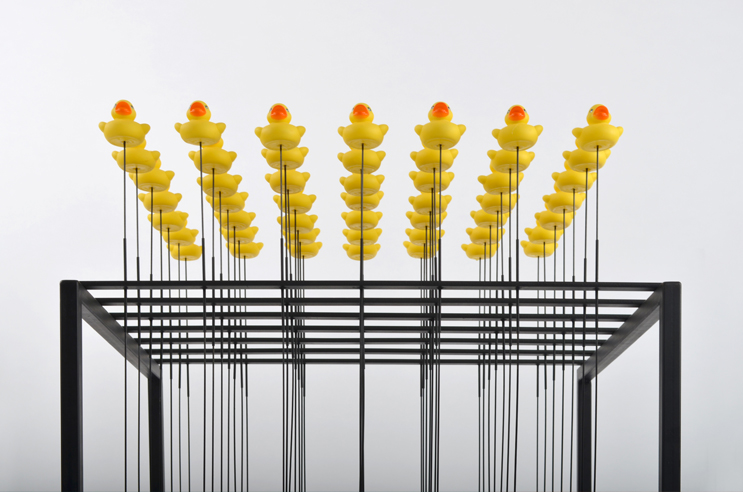 The motors were controlled by 14 quad H-bridge driver boards, an Arduino Uno and two Arduino Megas.

The inside is certainly as interesting as the outside - click here for photos of the construction process... 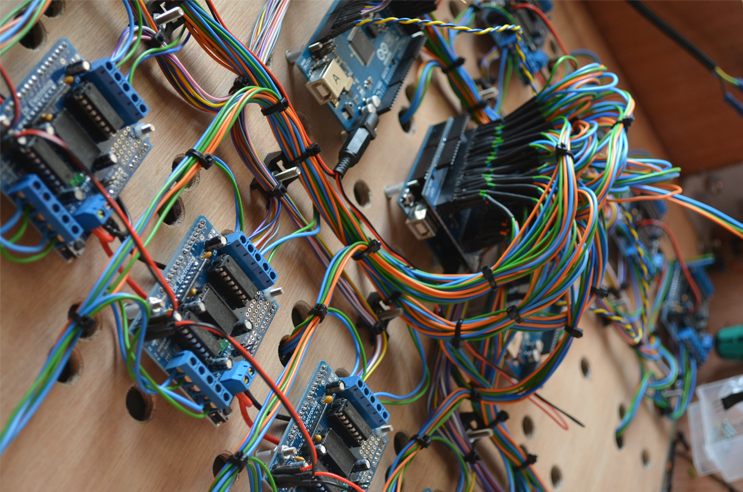