Usually when Marcus Lyall's number appears on my phone it means there's an imminently approaching bonkers project - this time it was an installation involving bumper cars.

I was invited to join a group of artists developing ideas for Merge 2017. My involvement kicked off in earnest after some comments from Ed Baxter (Resonance FM), who suggested making each bumper car into a giant theremin. Rather than dealing with the technical issues arising from using traditional theremin circuitry, modern motion sensors were linked to an audio playback system. 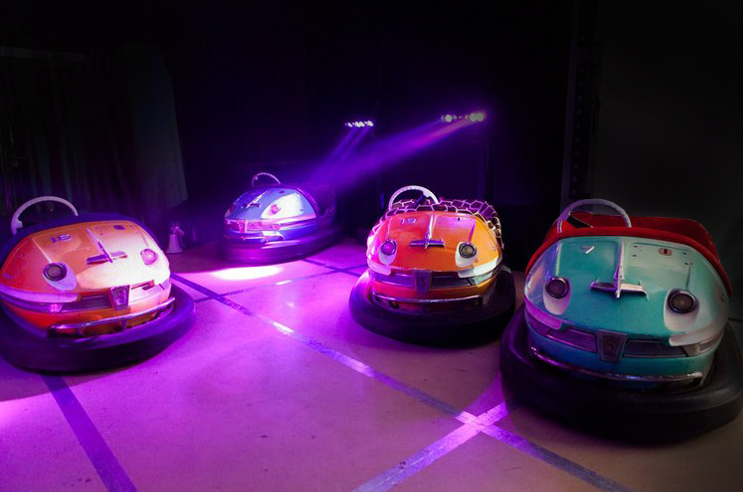 Prototype 1: An accelerometer was used initially - it detected acceleration as expected, but of course couldn't differentiate between being at rest or moving at a constant speed. Subtracting deceleration from acceleration to try and keep a constant record wasn't reliable.

Prototype 2: The second trial involved using an electronic compass. Detection of a small amount of rotation meant that the car was probably moving. This worked well as a method of motion detection, but the sensor was susceptible to various sources of magnetic interference - not a good idea installed next to motors and other sources of electromagnetic ectoplasm.

Prototype 3: Electronic gyroscope, detecting rotation in one axis - worked really well. The prototyping phase was helped enormously by Adafruit's fantastic selection of sensors, tested on the back of a toy car.

10 of the final systems were built in total, each using a gyroscope to detected initial movement, constant movement, and the car stopping. They could also differentiate between a left and right turn, and the speed of the turn etc. The audio circuitry could hold over 4000 stereo tracks, and could play them back with 16 voice polyphony, with realtime pitch shifting and volume level control. The systems were built into custom aluminium casings, installed in a channel under the seats of the bumper cars. 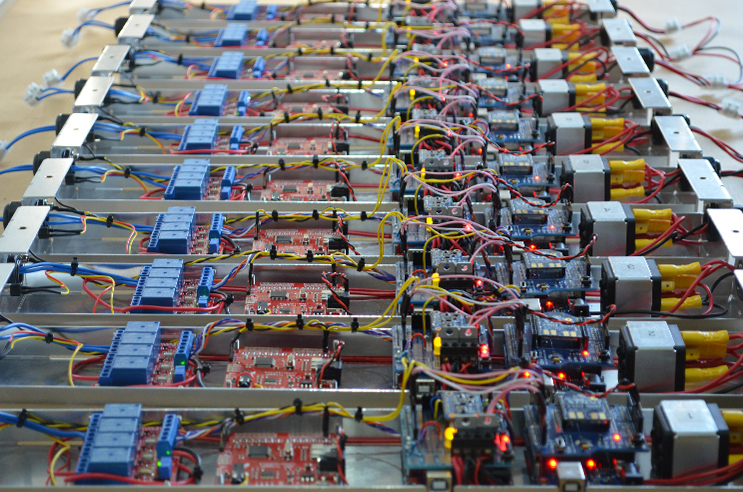 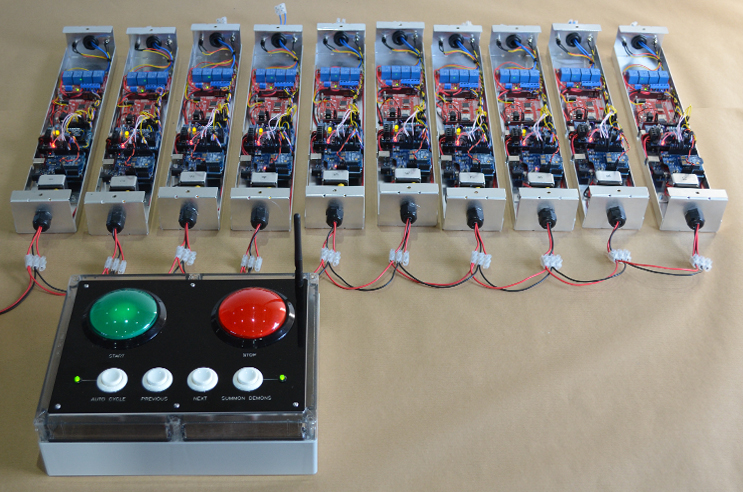 There was also a simple device to detect collisions - a weight suspended from flexible steel cable, which acted as a switch to flash the headlights and play a crash sound. This was all connected to an amplifier and a decent pair of speakers in the footwell.

As the concept was developed by the artists, the choice of audio eventually settled on spoken word phrases. Personally I thought this was rather a shame, but it was perhaps the best choice in terms of the overall coherence of the concept of the installation, so no big deal. I'm hoping to use the motion sensing / audio manipulation system again in future.

The cars themselves were interesting - vintage 1960s "Supercars", with the whole chassis made of a single piece of cast aluminium. They would have originally been powered via connections to the floor and a pole running along an overhead mesh, but Tim Sheward converted them to run on 12V. This meant that a wireless system was needed to allow an invigilator to start / stop all of the cars remotely - I used latching relays connected to XBee transceivers, which are amazing.

There was plenty of scope for getting the cars sending data to each other and doing interesting things, but again this wasn't really implemented due to the direction of the concept. It was good to learn about this stuff for future use, however. The XBees are great - they can send serial data over huge distances, and act as a nodal network with data being routed cleverly.

Marcus sorted out the lights, projections and set design, which followed a theme about exploring inside the minds of the visitors. This photo reminds me of King Crimson's first album for some reason... 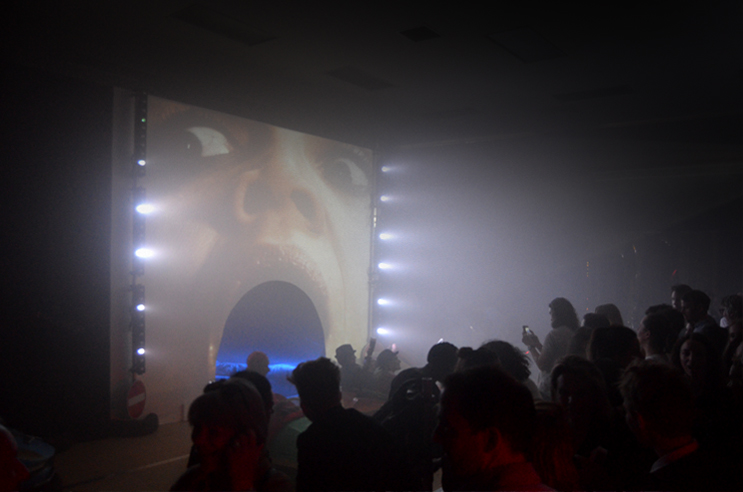 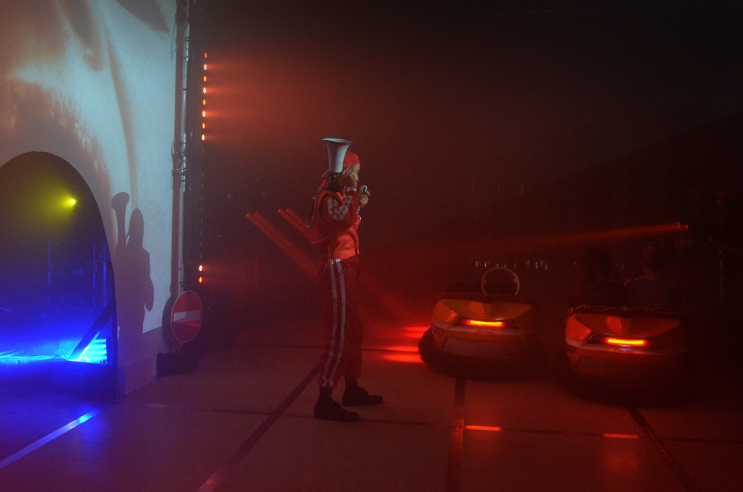 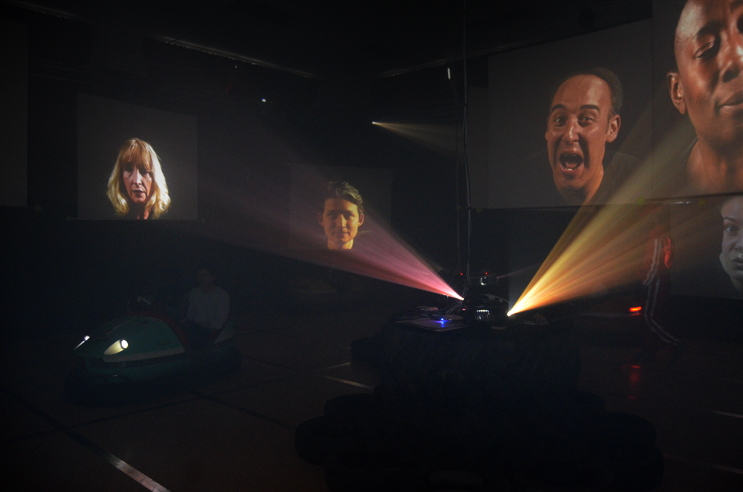 Credits, with some paraphrased biographies from the Merge website:

Tony Pletts - Art direction and construction for the film industry