This was based on traditional wire / buzzer games, but the loop on the end of the 'wand' had a notch in it so that the rail could have support points. This was to help it survive touring various festivals for Nando's. 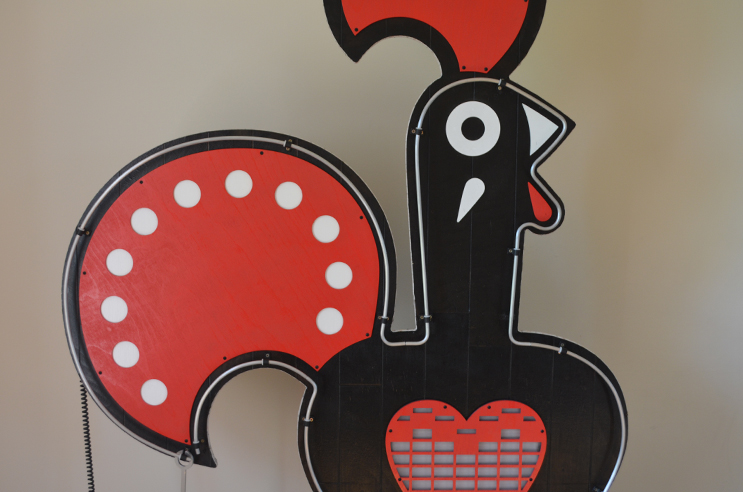 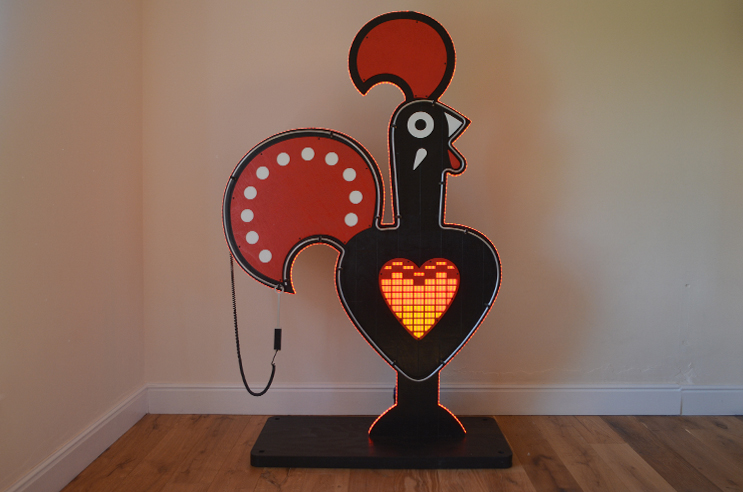 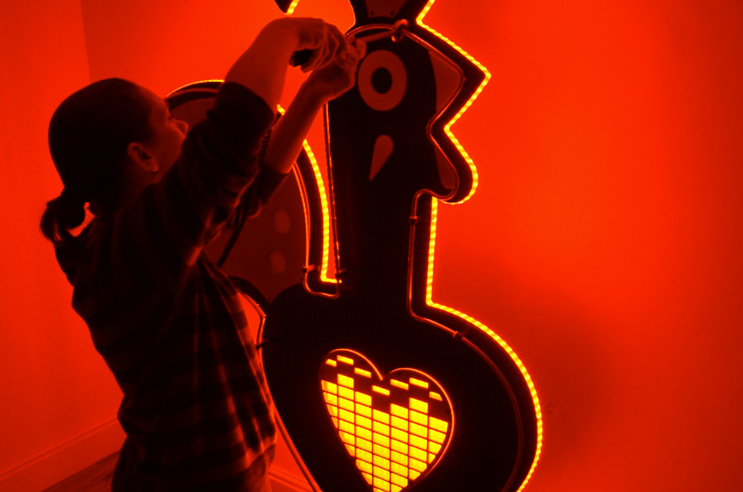 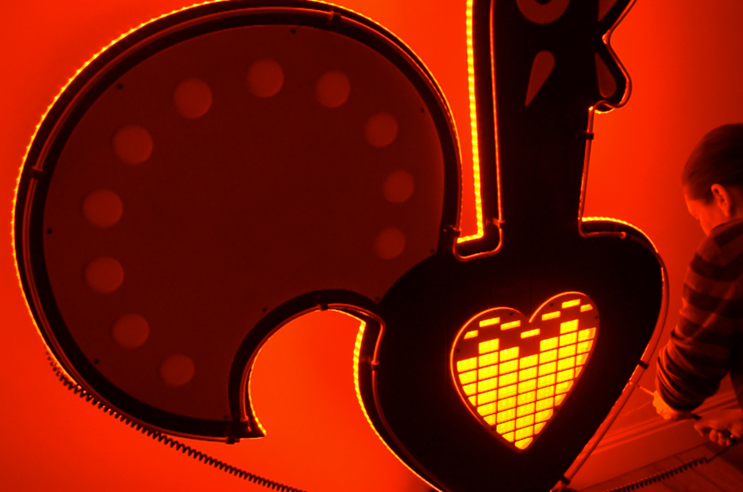 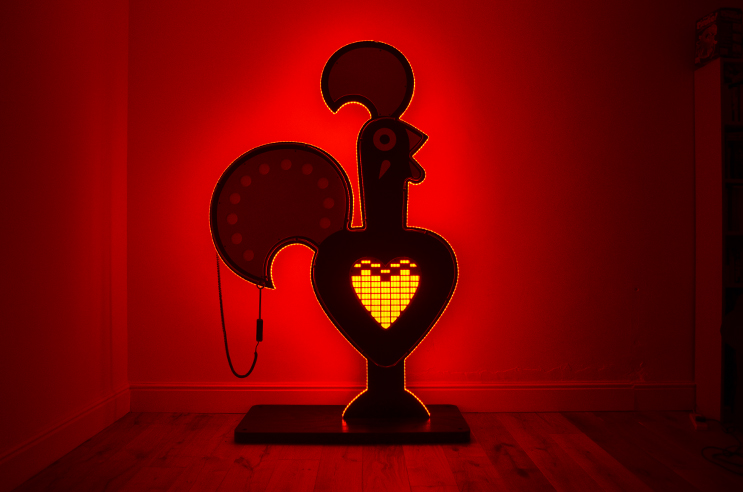 If I owned the Nando's chain I would change the restaurants to include other logic gates, and make two entrances for each, so for example at Xnoro's you would only get served if you went in with a friend. Or if you didn't go in at all. I guess that's why I'm not in charge of Nando's.