These had an outing a couple of years ago at the Frieze London art fair, but will be installed in a gallery somewhere in Texas in the coming months. A special transparent room will be built, with hanging canvases that will have paintballs fired at them at random* when visitors press a button.

The original turrets were built by Machine Shop special effects, who asked me to refurbish and upgrade them for their next trip. 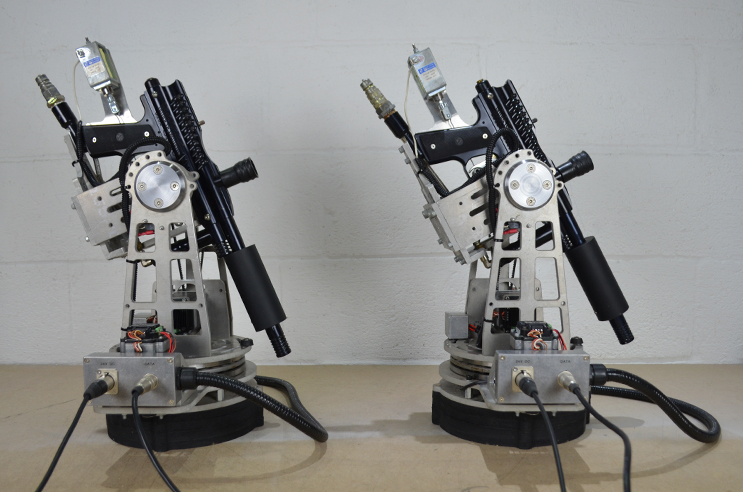 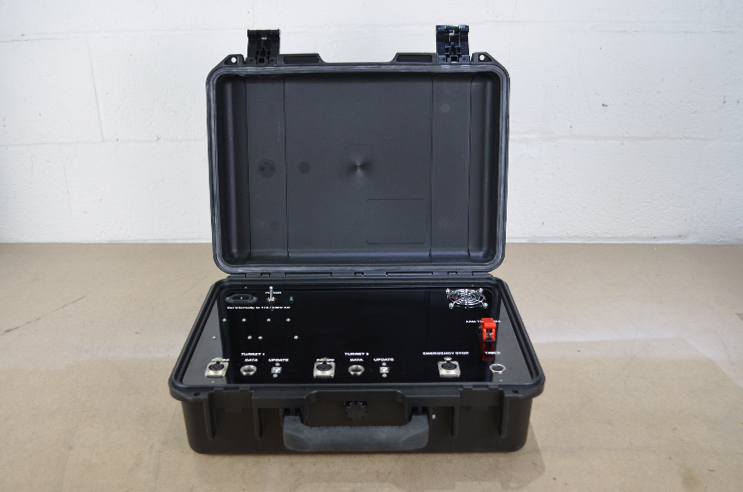 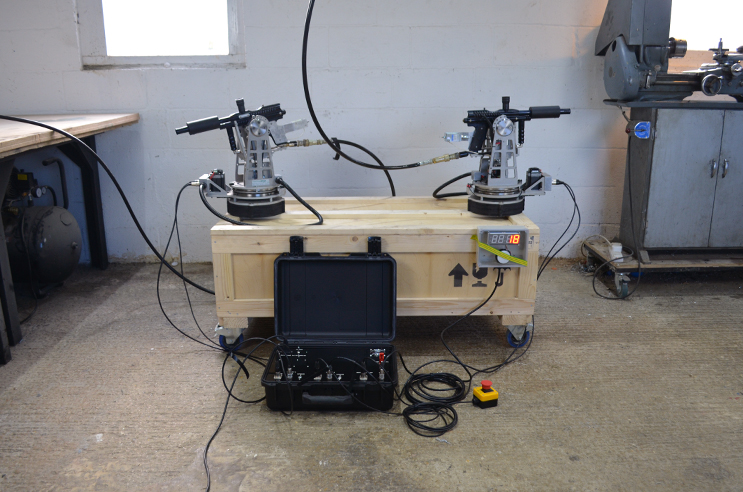 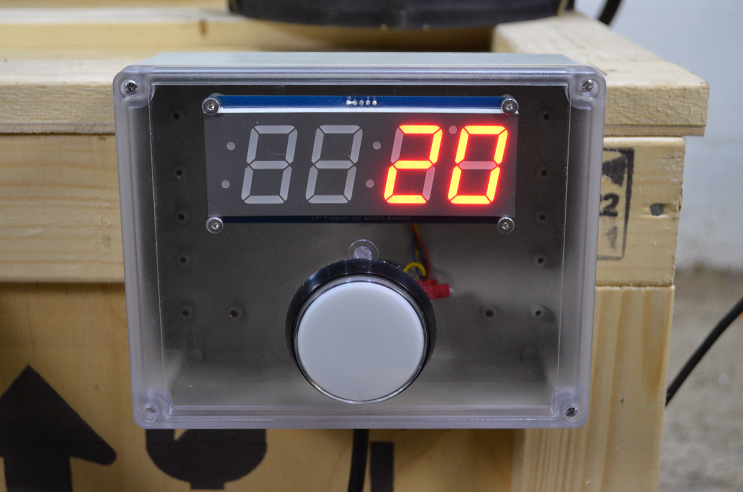 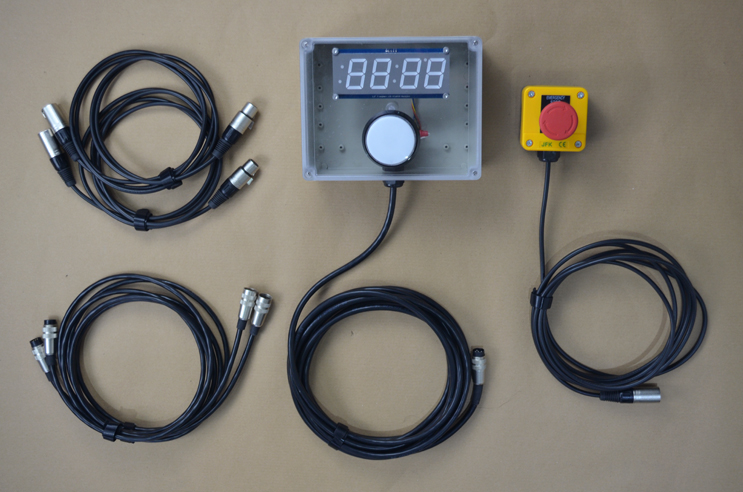 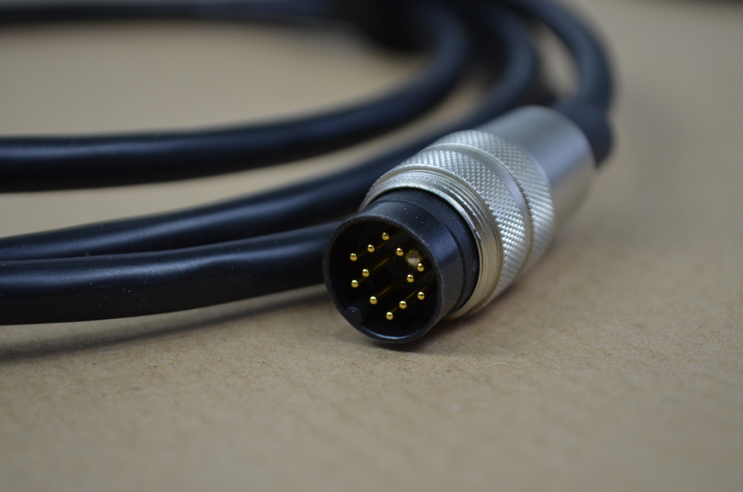 The control panel was made out of a material called Traffolyte, a plastic with different coloured layers. Engraving text to a depth of 0.3mm reveals the white underneath. A nice way of making hard-wearing industrial panels. 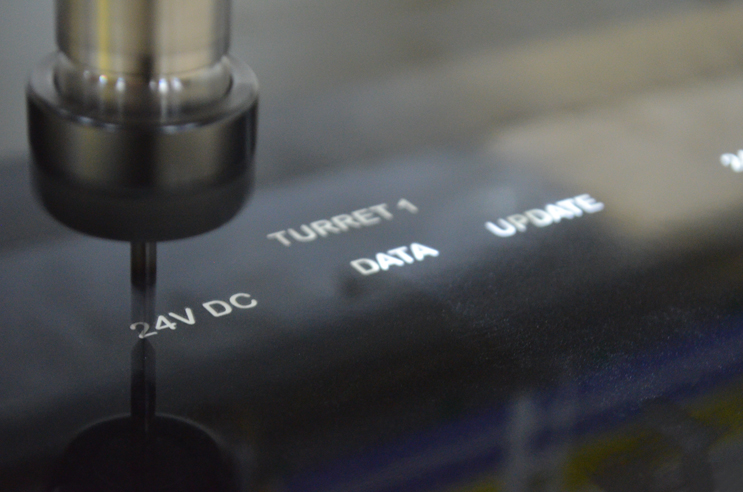 * "Is it really random? I just saw three paintballs in a row hit the same area!"

After pressing the start button, four numbers are generated within a certain range. The values are used to move each turret to new horizontal and vertical positions. The Arduino microcontrollers use a formula to generate a list of 'pseudo random' numbers. To avoid the 'random' sequence of gun positions being the same every time the control box is switched on, a random 'seed' is used as a starting point for the algorithm. This is taken from a disconnected analogue input, which can be used to obtain an unpredictable value.

Although the sequence of gun positions would technically repeat after a very long time, it wouldn't be noticeable during the duration of the installation. What is interesting, however, is how many visitors at the Frieze art fair were really insistent that they could see some kind of pattern.

Upon explaining I would be met with looks of suspicion, and then disappointment from having met such a diabolical liar, a ne'er-do-well with a strange ulterior motive to spread algorithm-related falsehoods.

"It's just hit the same wall four times though...", and they would turn away with a look of pain in their eyes.

Apparently there's been the same issue programming the shuffle feature in iTunes and Spotify, where listeners have complained of hearing the same song or artist too frequently or infrequently.

The paintballs could paint a perfect portrait of your grandmother and still be random. I might update the code to do just that, and continue to insist it's a coincidence.

After thinking about randomness quite a lot, I eventually explored it a little bit more with this xylophone.