This project was made towards the end of 2010 for director Chris Cunningham, but was not completed due to budgetary constraints, which is a great shame. The photos below show early tests, and in no way represent a completed artistic vision.

A MIDI drum machine was connected to a box of electronics containing a series of relays, which in turn operate solenoid valves, causing the pneumatic rams to function. The rams were connected to various mechanisms that strike the drums in accordance to the rhythm programmed on the Groovebox. The smoke machine was also controlled via MIDI.

There was also some circuitry added to control the length of the pulse sent to the solenoid valve, so that the time before the air flow in the ram was reversed could be adjusted to create an optimum percussive sound. The rod seals were machined to make the rams act faster.

I learned a lot on this project - please get in touch if you would like to commission a MIDI powered robot of any description. 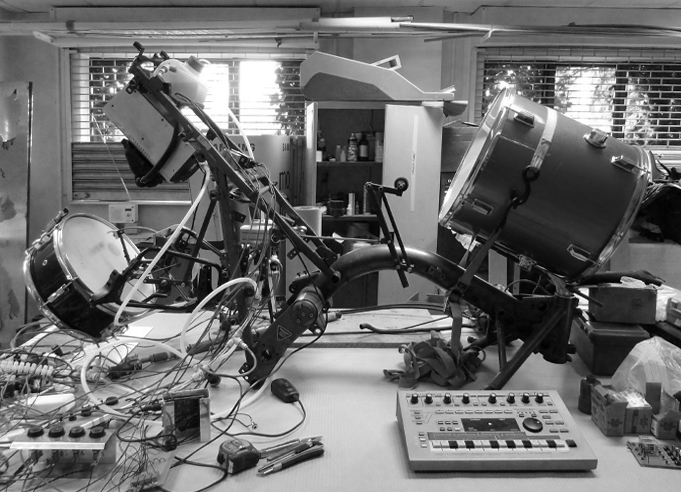 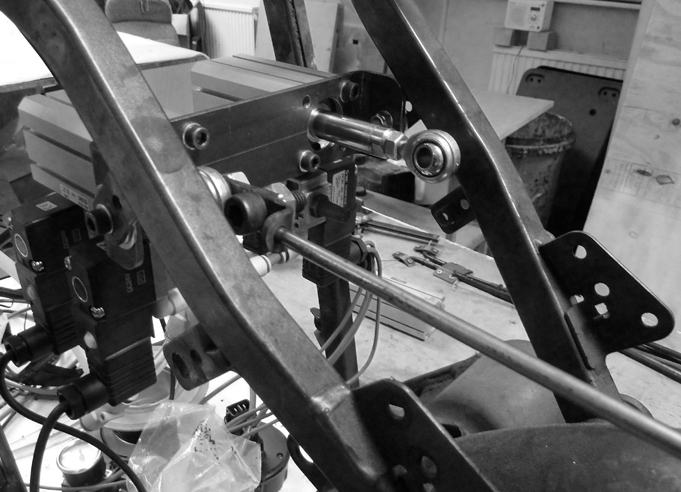 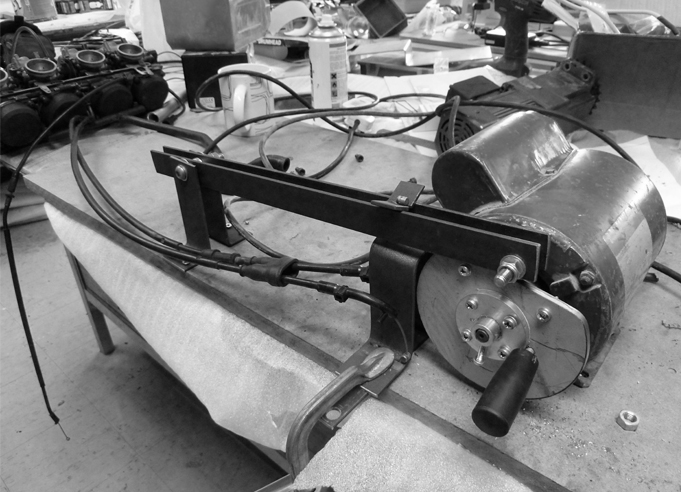 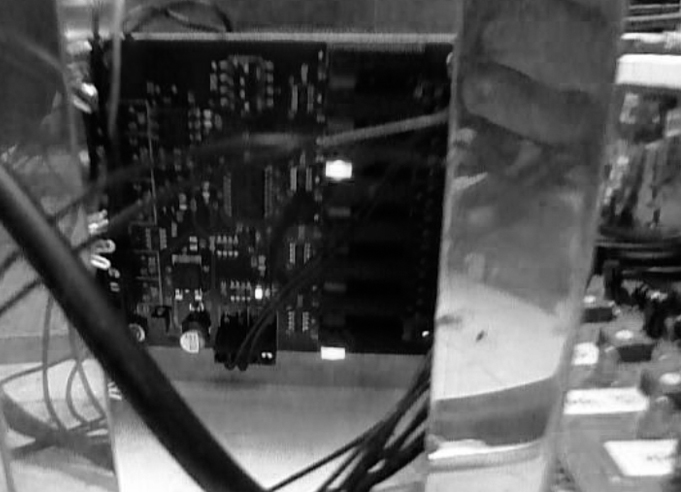 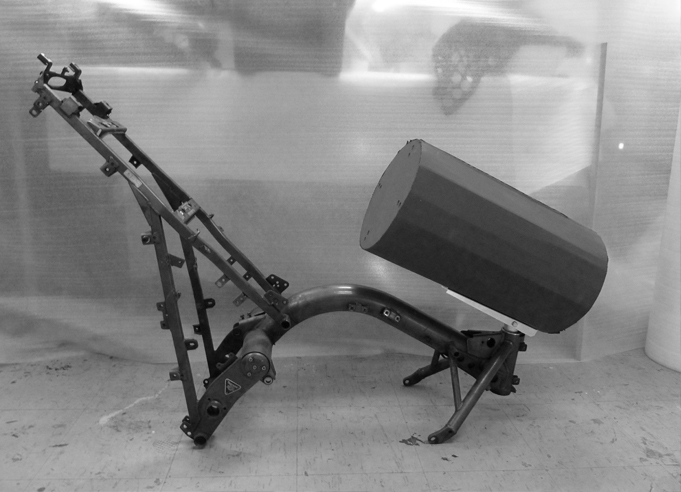 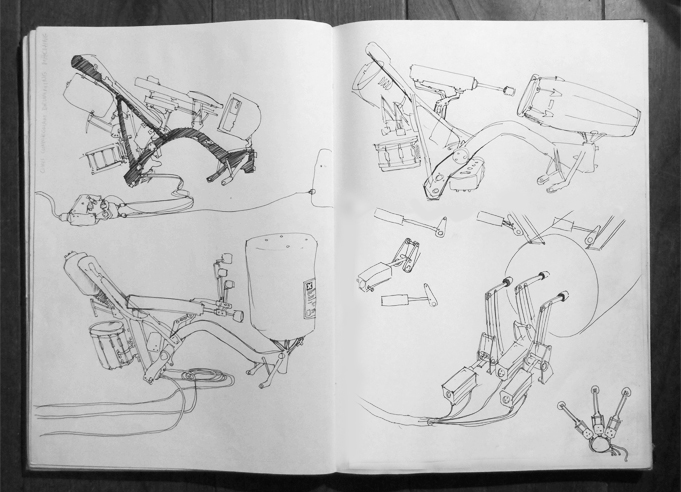