Not a great deal to say about this little project, except that it was a good example of turning a list of requirements into boxes that supplied that functionality. 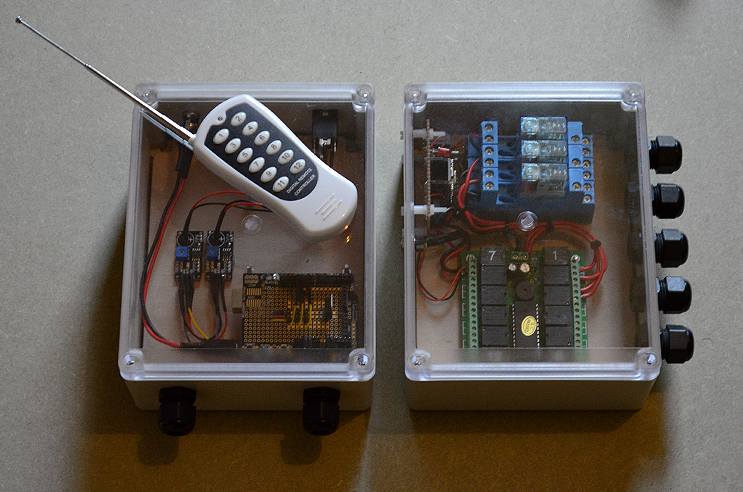 Box 1 had to make a puppet of Frankenstein's monster do various things, including turn on two different motors, an actuator and a series of lights, one of which could flash. A wireless remote control system activated a series of relays, including one that had a little dial to set the flash rate.

Box 2 initially had a built in audio player, later replaced at the client's request with an input for an external audio source. Two servo motors reacted to the audio input, causing the mouths of two ventriloquist dummies to move. One motor was set to react to the left audio channel, the other to the right, so that the puppets could appear to have a conversation. The nice thing about splitting the conversation over a stereo channel was that the client could alter the audio content as the theatre performances developed over time, and the system wouldn't have to be re-programmed, as it was designed to react "live".

There was also a third servo motor that moved the larger puppet's eyes back and forth at random. While the puppet was speaking, there was a one in 20 chance of the eyes being told to move. When told to move, the eyes would move a random amount in a random direction.

The puppets were built by Plunge Productions in Brighton, who make interesting stuff. Hopefully they'll send me a photo of the actual puppets at some point, to liven up this page a bit. In the meantime here's a totally unrelated photo of a pneumatic dinosaur that I helped install a few years ago: 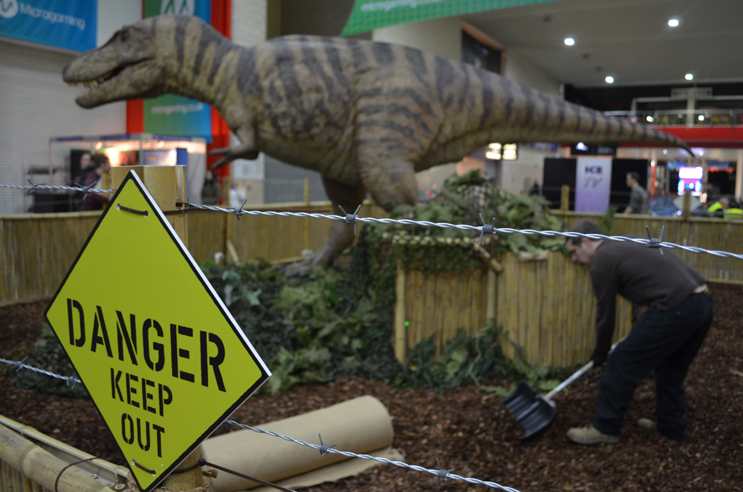