This was an emergency last minute job where a setup being filmed for an advert was suddenly required to function "for real". As far as I can tell nothing I built is seen in the final video, but the system was required to test the principle.

The concept involved a video being downloaded, and whichever phone completed the task quickest deployed a parachute in time to be saved. The system detected an audio beep at the end of the video, and used that as a cue to activate a servo motor.

The little RC transmitters were terribly susceptible to interference, even with commands being sent multiple times, so failsafe timers were also included. Everything was built over a weekend, but next time I'll have some better transmitters / receivers in stock.

UPDATE 8/7/2016: Since this project it has become apparent that XBee transceivers are about 100 million times better... 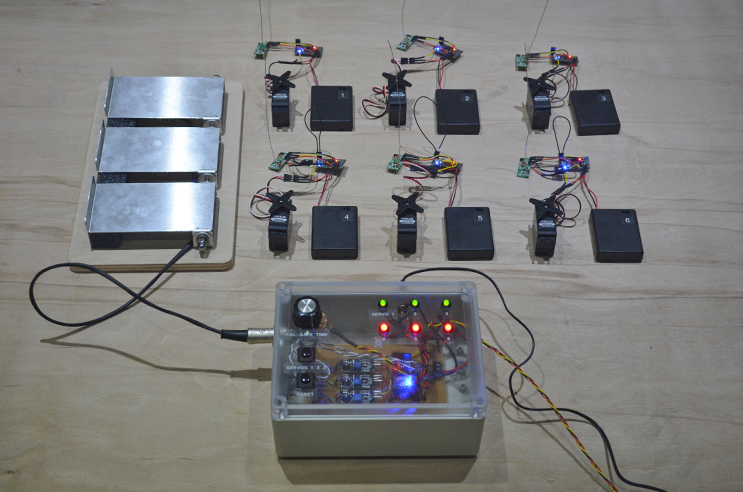 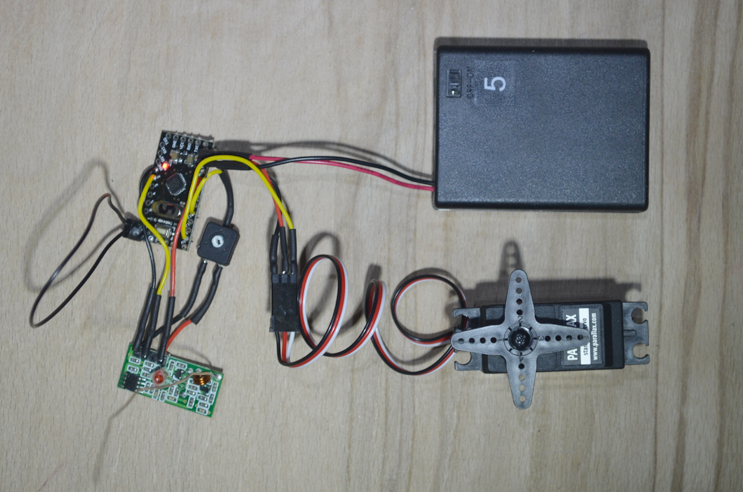 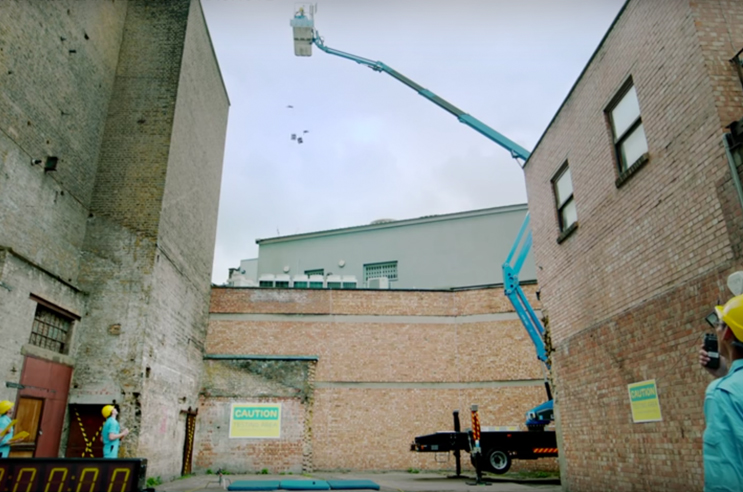 Thanks to Cressida for organising everything, Mikey for making the props, and Ben for looking after the shoot.

The video's not very interesting, but here it is anyway: