An emergency job! A London workshop that I've collaborated with a number of times called one morning with a problem. They had made some turntable control plinths with built in encoders as part of an exhibition, but at the last minute their client asked if they could be made "Less spinney..."

My workshop friends were asked "Can't you just tighten a screw or something?"

No! It doesn't work like that! If additional friction was added in that way, it would provide resistance at first, but it would still be possible to make the turntable accelerate.

Rotary dampers would of course be the solution. These work in a similar way to twisting a spoon around in a jar of honey, in that they constantly oppose the applied force. Kitchen bins have them to stop the lid clattering open.

The only issue was that the turntables had already been fabricated - space had to be found to fit the dampers, and they couldn't run directly on the main shaft. Some custom gears were machined to allow the damper to run on a second shaft, and space was found to fit the extra bearings required. 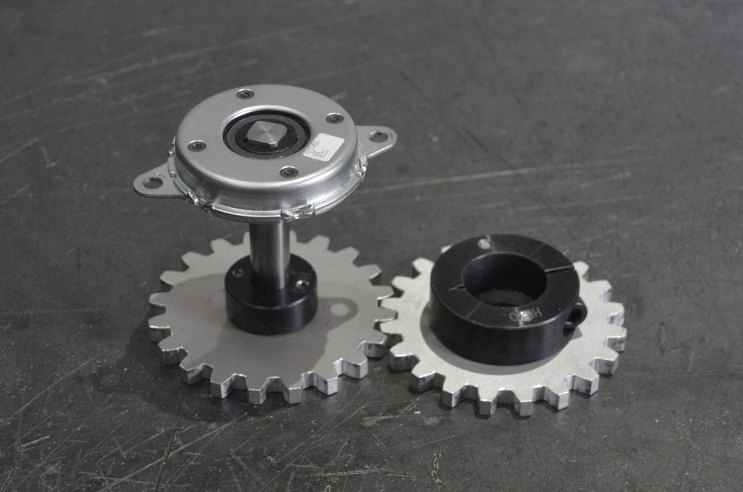 One of the turntables (shown sideways). I believe they were eventually set up to protrude from a slot in a wall. 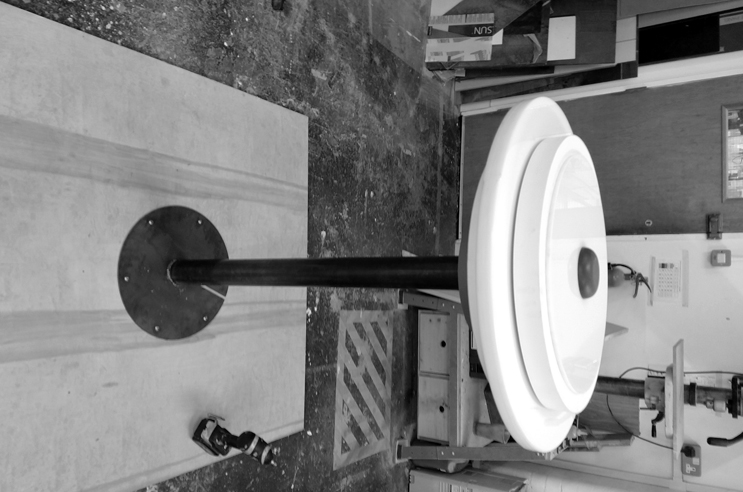 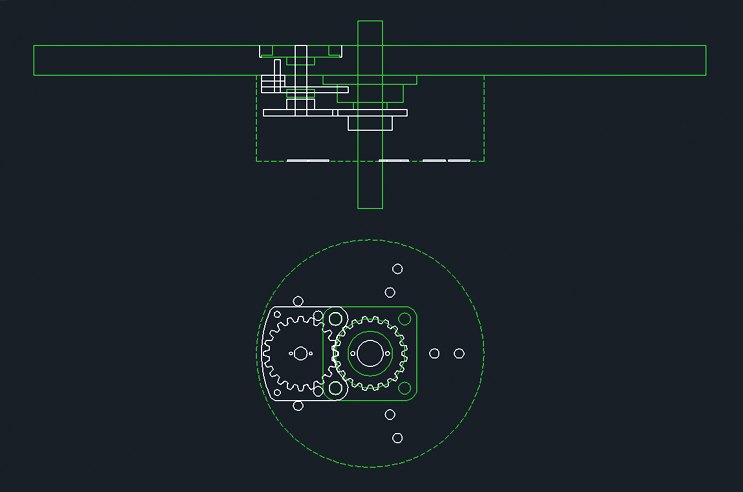 Machining a pocket for the damper. This had to be accurately positioned in the existing turntable, and so first of all a number of bolt holes were machined in the bed of the CNC router. These were then used to locate the turntable, so that the position of the pockets were accurate enough for the gears to mesh nicely. 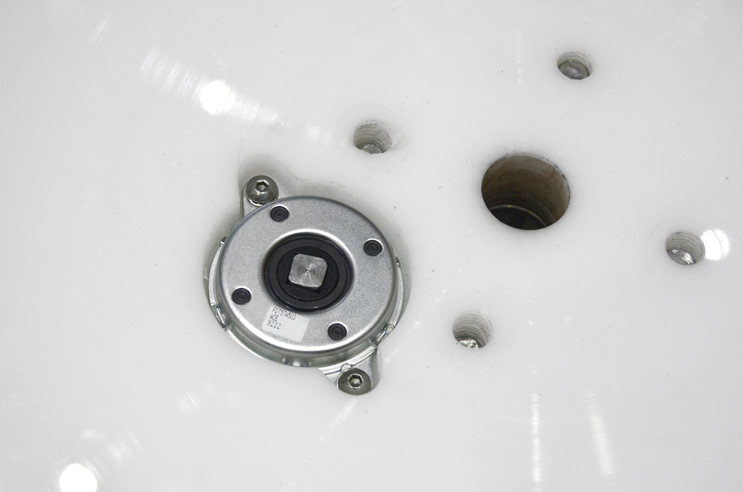 Here's the assembly on the underside, with a plate bolted onto the existing bearing. The centre gear is stationary, the second gear orbits and provides the dampening force. 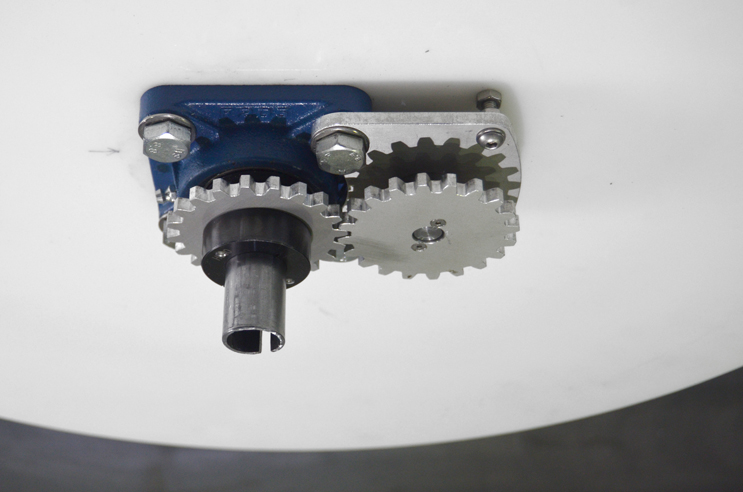 The modified turntable was returned, along with three more kits to sort out the remaining units. 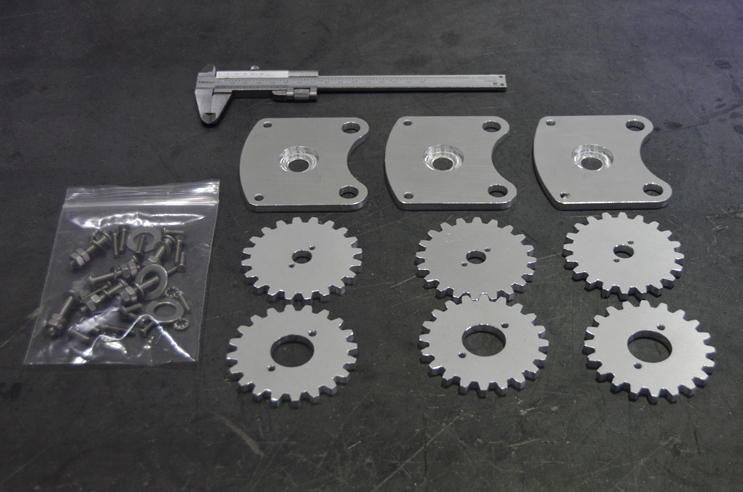