A collaboration with artist and composer Ed Carter, with whom I have previously worked on the resonating bell plates.

"Smoke Signals takes data beyond the confines of the screen to visualise digital interaction. Turning the data of seven arts organisations into a visual and sonic experience, Smoke Signals invokes a physical presence of data streams, with each signal and sound indicating the movements of data within the contemporary online network.

Twelve smoke-ring cannons will create a transient sculptural form inspired by the Polybius Square cypher. The sub-sonic frequencies used to create the rings will be part of a broader evolving sound piece, with each tone and smoke ring relating to the communication activities of the ArtsAPI contributors. Using abstracted email archives as the dataset, a single central speaker will affect the smoke rings where their paths cross, reflecting the activities of the contributing partners.

As such, turbulence affecting the smoke rings represents online interactions, resulting in a constantly evolving visual and sonic experience." 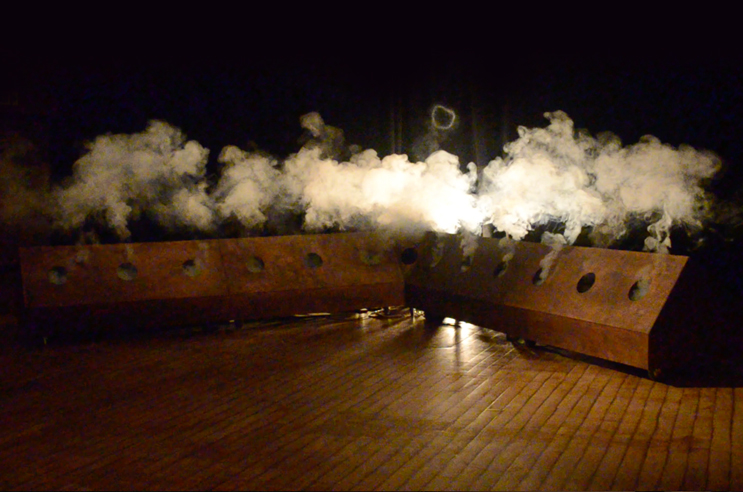 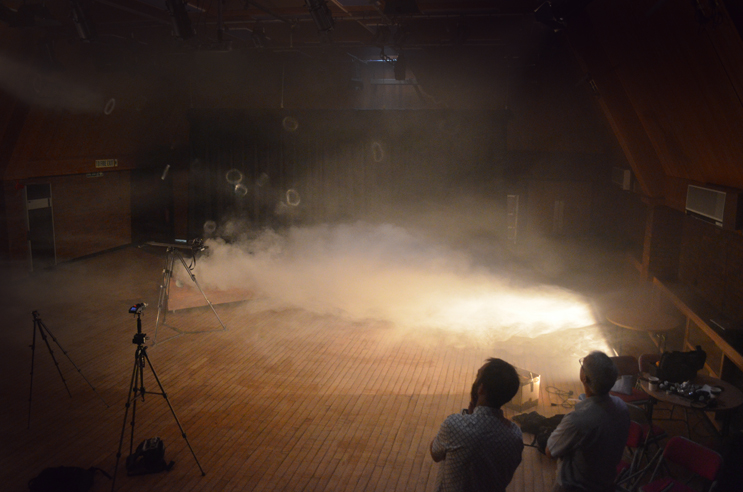 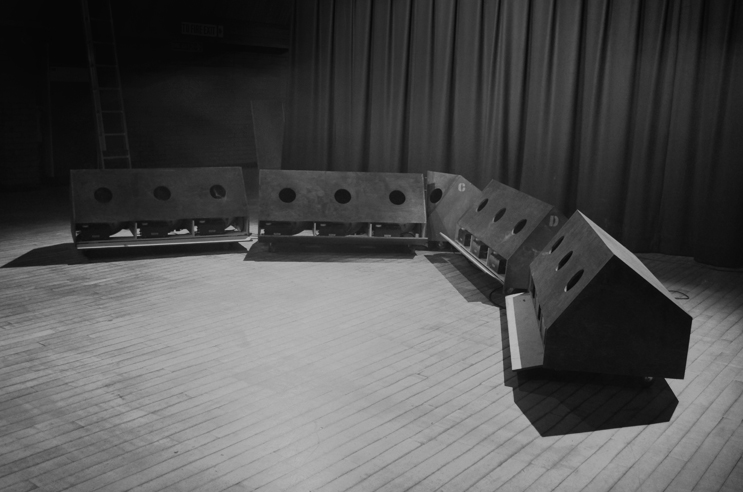 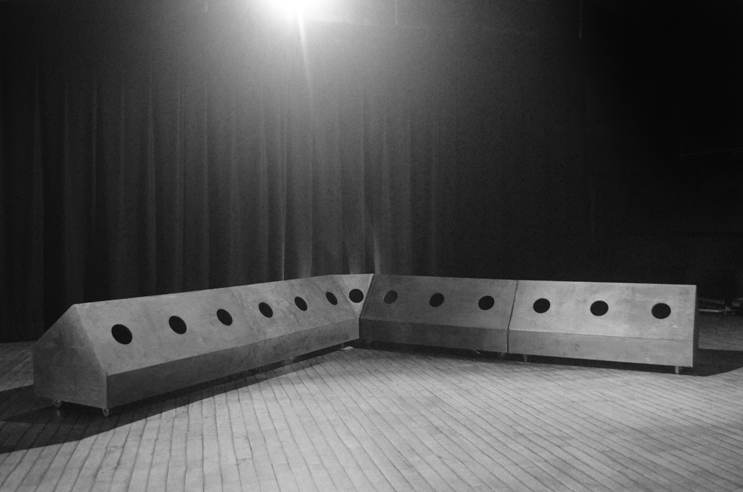 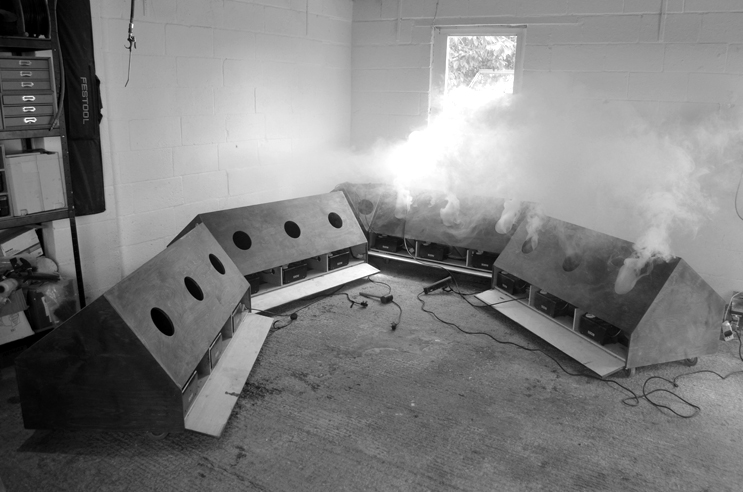 The smoke rings are generated by twelve 18" subwoofer speakers that create poloidal vortices via octagonal barrels. A series of relays cause each speaker diaphragm to reverse and then thrust forward by reversing the polarity of a direct 12V connection. Twelve smoke machines also refill the barrels from time to time. The microcontroller contains the email data mentioned previously, and controls the relays accordingly. There is also a 13th speaker that plays various tones, recreating a sine wave using values stored in a table (a mathematical table rather than the 4-legged type). 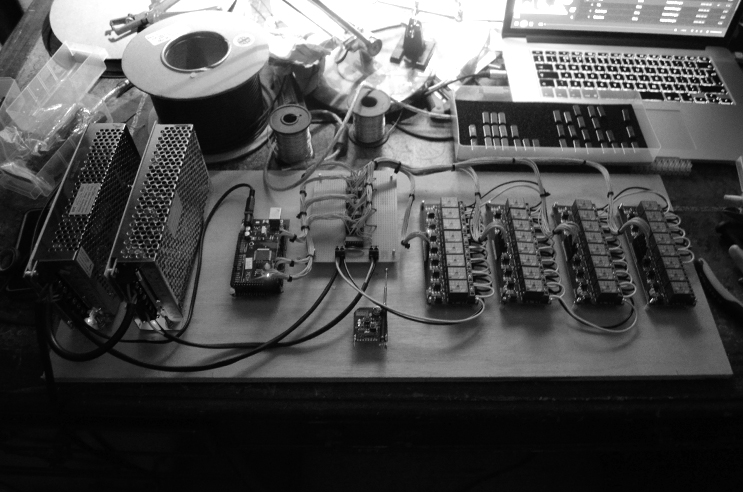