This was commissioned by Toyota for Comic Relief, via Saatchi & Saatchi / Machine Shop Special Effects.

I also got to hang out with Mr. Tickle, which was pretty cool. 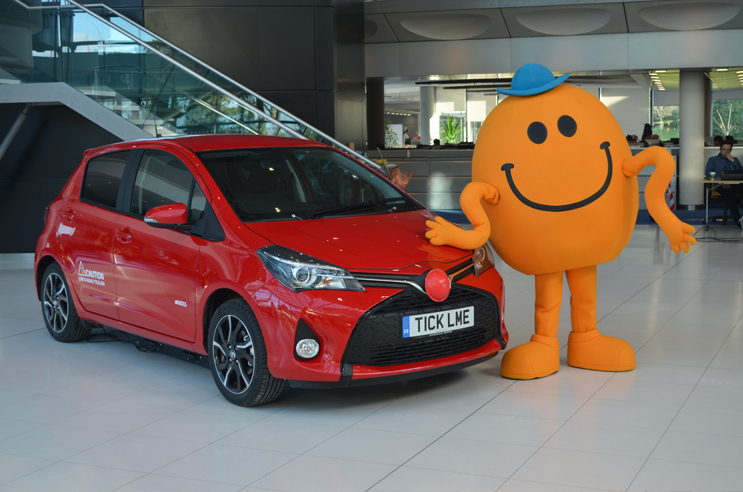 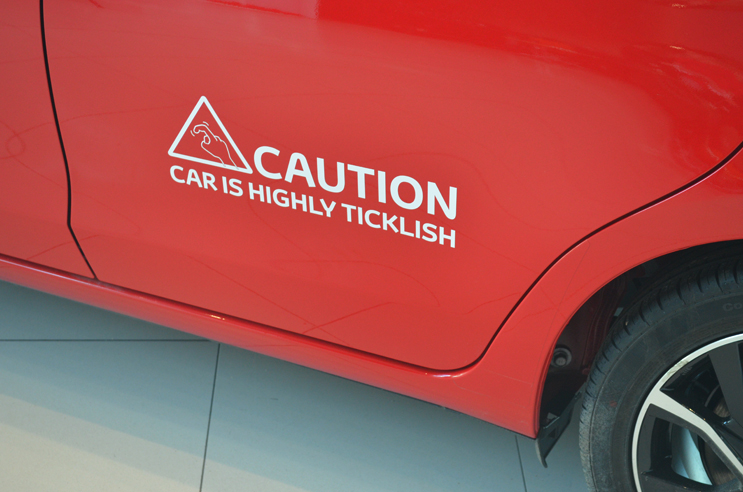 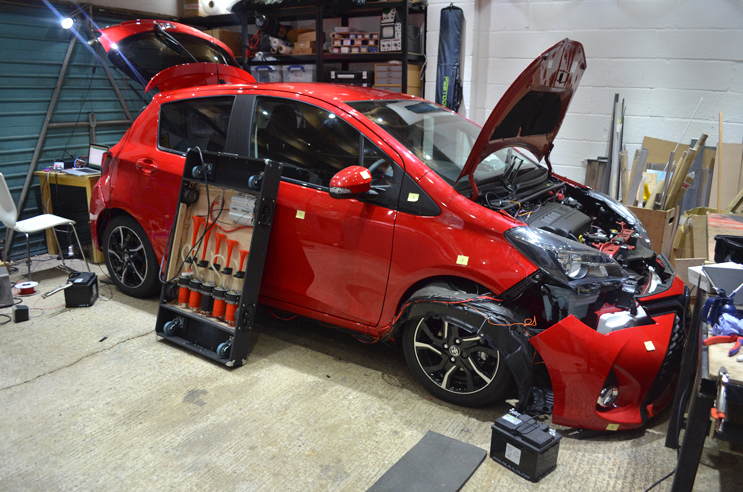 The electronic brain was housed on a shelf in the boot, and consisted of an Arduino Mega, Robertsonics WAV trigger board, Adafruit servo driver board, Arduino Uno, sensor shield, 32 relays and 32 fuses. There was also a remote control system to trigger various functions.

The WAV trigger board was interesting - it could play up to 1000 audio files at CD quality, with 16 voice polyphony. There weren't that many files needed for this project, but useful for future projects that need a small but powerful sampler. 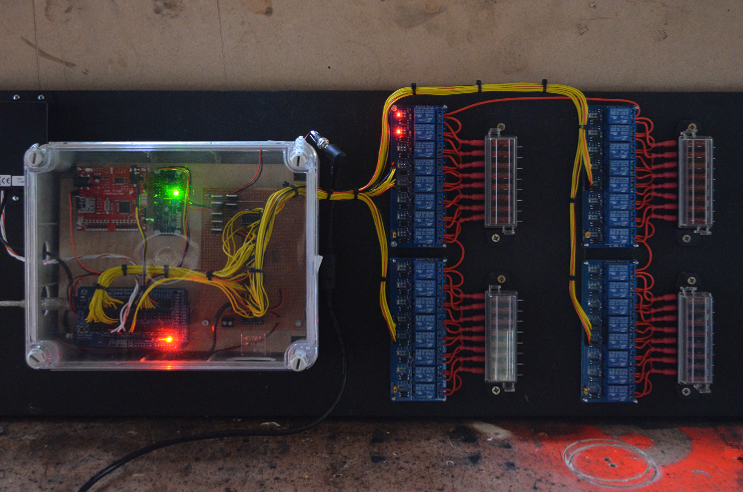 Prototype wobble rig, with section of railway track that happened to be lying around... 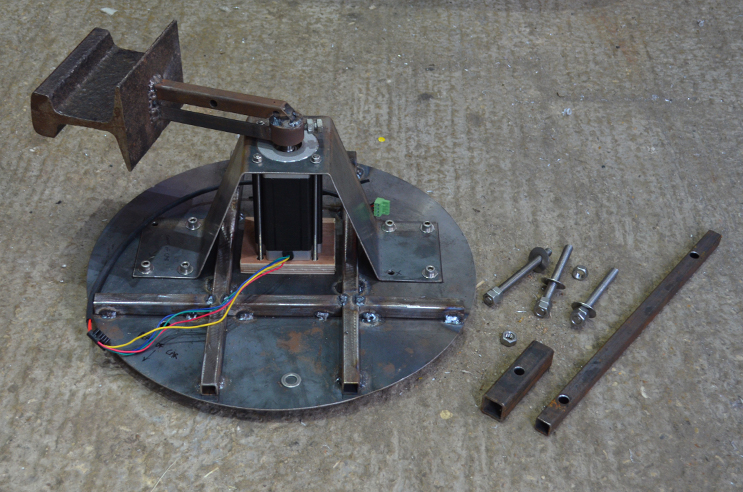 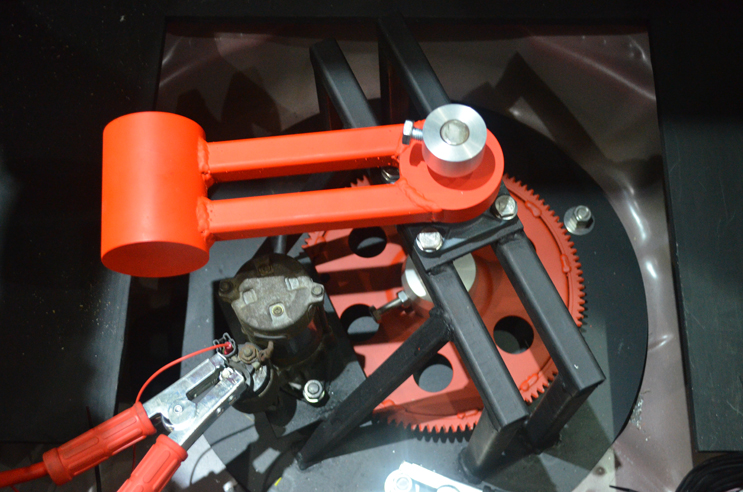 One of the waterproof servos with water jet. 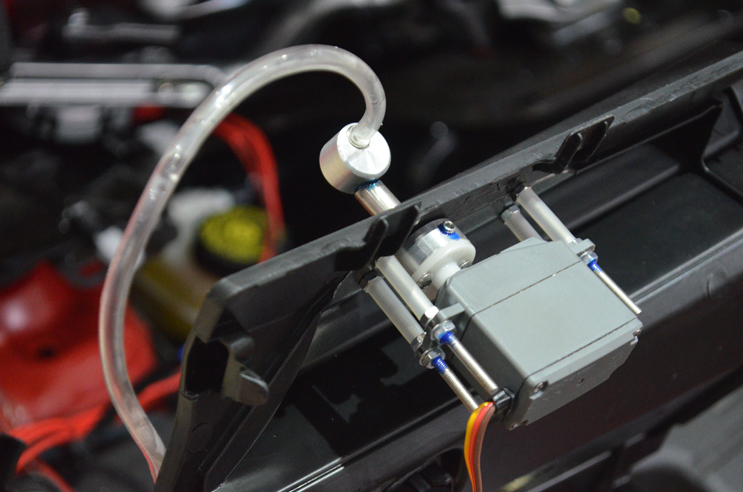 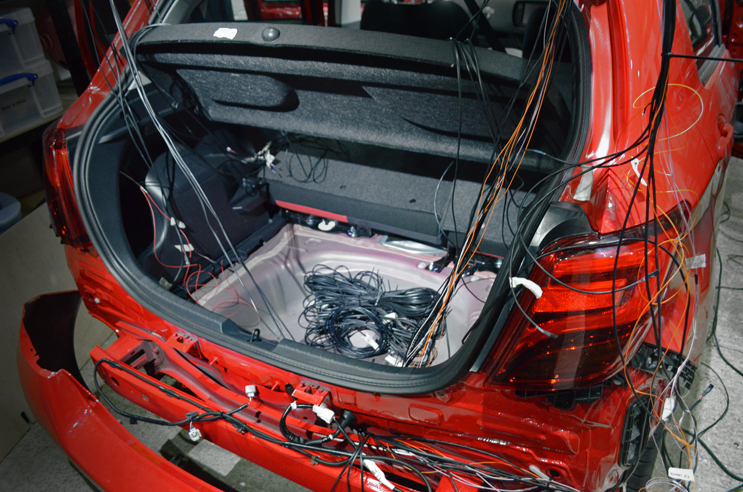 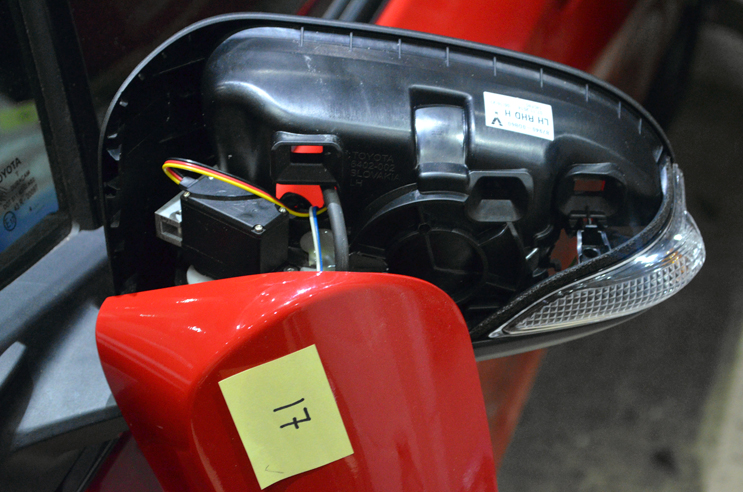 Musical skateboard. Actually a carriage that slid under the car with a surprisingly loud sound system. The audio consisted of various laughs recorded for this project by Lenny Henry and Alistair McGowan. 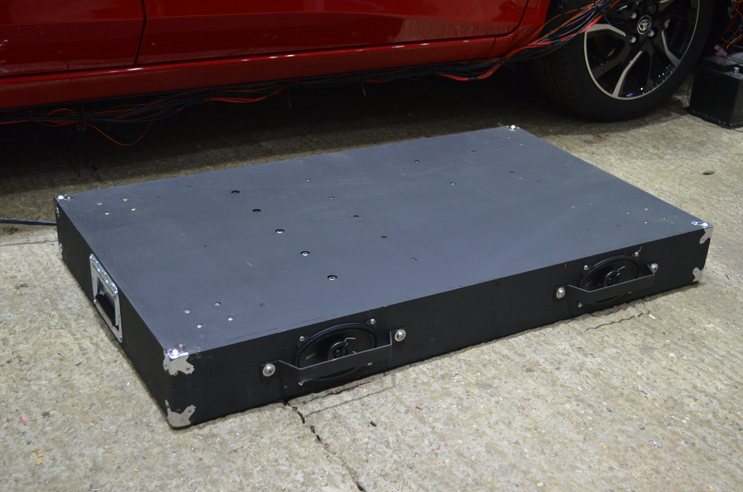 The carriage also contained five air horns. They were originally "Dixie" type horns - the photo below shows the revolving cam used to play the melody. The cams were removed and a single horn placed on each of five mini compressors, so that they could be controlled independently by the microcontroller. 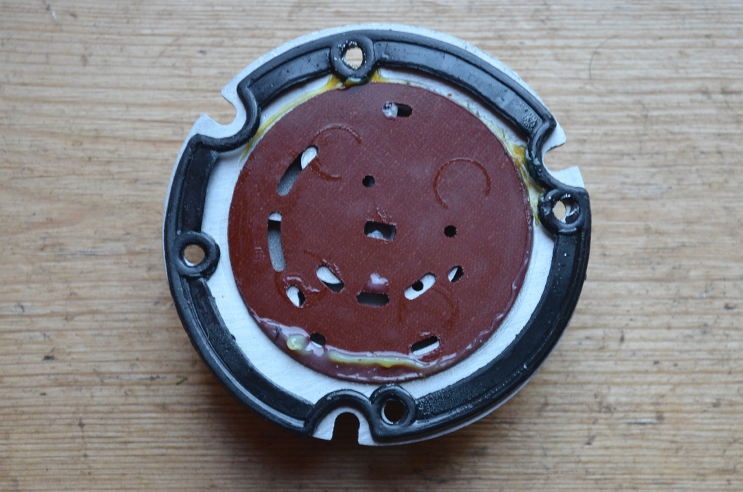 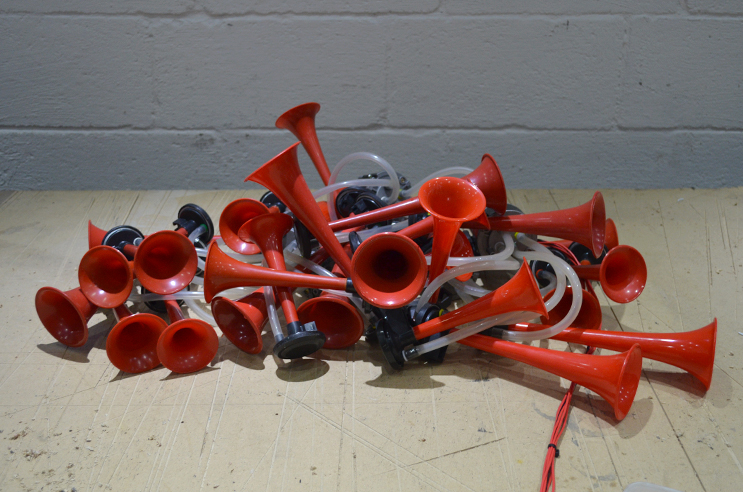 The car was taken to London, Birmingham, Manchester, Glasgow and some other venues in London again. Lots of hotels with batteries charging on the bedside table. A battery would last about 2 hours, and it used about 6 litres of water per session from spraying people via the remote control. Kids loved it, and accepted the concept of the ticklish car immediately. Adults asked 2 or 3 questions before accepting it. Turnaround for the whole project from signoff to delivery was just over 3 weeks. 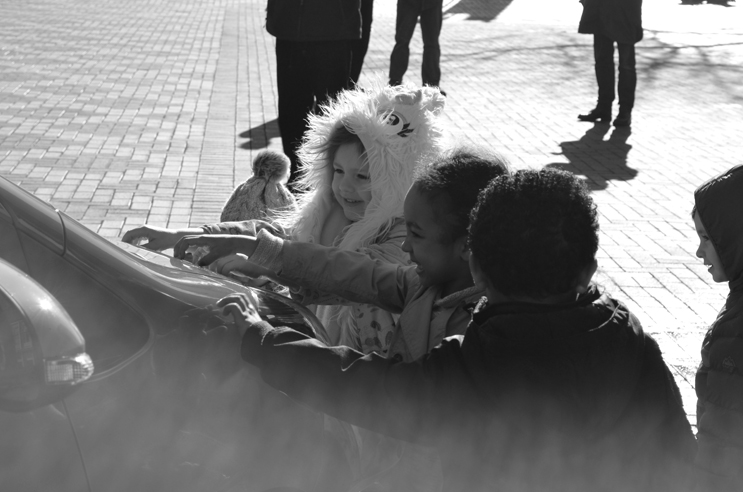